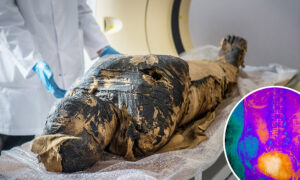 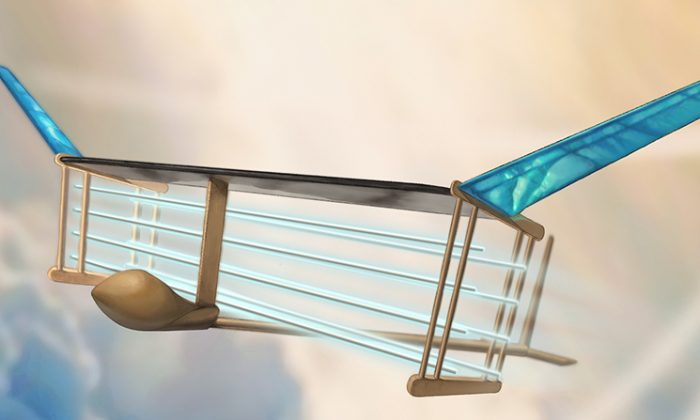 WASHINGTON—Some 115 years after the first powered flight, scientists have developed a radical new approach toward flying in the form of a small, lightweight, and virtually noiseless airplane that gets airborne with no moving parts like propellers or turbine blades.

“This is the first time that an airplane without moving parts has flown,” said MIT aerospace engineer Steven Barrett, who drew inspiration from fictional shuttlecraft from “Star Trek.”

Electrical field strength near an array of thin filaments called emitters at the front of the wing ionizes air, meaning electrons are removed and charged molecules called ions are created. These positively charged ions are attracted to negatively charged structures on the plane called collectors. As they move towards the collectors, the ions collide with air molecules, transferring energy to them. This creates a flow of air that gives the plane its thrust.

Only time will tell whether the test flights at the duPont Athletic Center in Cambridge, Massachusetts, will become historic like the 1903 test flights of the first airplane by Wilbur and Orville Wright at Kitty Hawk, North Carolina. And the engineers readily acknowledge their V2 prototype is inefficient and limited.

But it could lead to big things.

“I’m trying not to over-sell it, but there are some really exciting possibilities here,” said Barrett, who pointed to near-silent drones as a possibility within several years.

“In the long term, I’m hoping for ultra-efficient and nearly silent airplanes that have no moving control surfaces like rudders or elevators, no moving propulsion system like propellers or turbines, and no direct combustion emissions like you get with burning jet fuel,” added Barrett, who led the research published in the journal Nature.

The researchers conducted 11 test flights in which V2 flew about 200 feet (60 meters), typically flying less than 6-1/2 feet (2 meters) off the ground.

The plane, defined as a solid-state machine because it has no moving parts, was built to be as light as possible using materials like carbon-fiber, balsa wood, a plastic called polystyrene, shrink-wrap plastic and Kevlar.