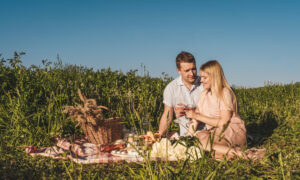 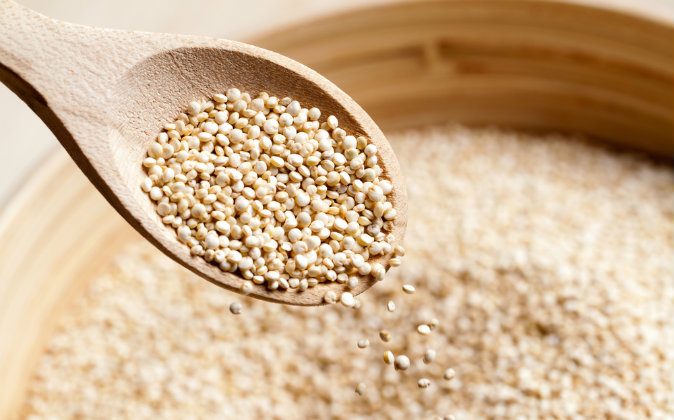 Quinoa Recipes: The Good, the Bad, and the Ugly

You know what’s really, really good for you? Quinoa

. You know what I keep buying and then forgetting in the cupboard because I’m totally uninspired to use it? Quinoa.

I have a few stock recipes for quinoa that I make frequently and that Scott and Toby will even eat (for example, quinoa lasagna, quinoa chili, and quinoa pilaf), but lately I’ve become rather blasé about them. Since quinoa is still on the list of popular superfoods, being chock full of protein, iron, calcium, and fibre, and since I have a huge unopened Costco bag of it that pleads with me every time I open my cupboard, I decided to go on a little recipe adventure. The Internet is a never-ending resource for recipes, right? There should be a multitude of quinoa recipes out there, right? And if someone takes the time to post a recipe on the Internet, it must be a good one, right?

Oh, how very wrong that last sentence is.

Most of my quinoa dishes are savory, but currently I am experiencing what Scott calls my “pregnant sweet tooth,” so I decided to try dessert recipes. I gathered four of them which looked pretty good (and which didn’t have anything weirder than quinoa in the ingredients list. I found one recipe for cookies that had so many odd ingredients that quinoa was the only thing I recognized). One of the four was good, but the others… were not so much.

Behold the fruit of my trials:

The first recipe I tried was one for quinoa raisin muffins. I procured this one from a website that I had complete faith in, being that of a lauded domestic diva who’s name I dare not mention because, frankly, she scares me. Once begun, I decided to nix the raisins as I thought the combo of quinoa and raisins would just be too much for my boys to handle, and I substituted chocolate chips instead. However, I forgot to cool the quinoa after I cooked it, like the directions told me to, and so when I mixed the chocolate chips into the batter, they melted throughout. OK, I thought, chocolate muffins. That didn’t seem amiss to me, so I forged ahead and served them after lunch. Scott and I took an expectant bite and chewed. And we chewed… and chewed… and chewed.

Scott said they were so dense they could have been mistaken for Kardashians. Toby ate a bite or two, which is negligible for him with something made out of chocolate and so, sadly, these muffins met their destiny in the compost bin.

A few days later, I tried a recipe for peanut butter quinoa cookies that I found on the website for a newspaper. This recipe was very similar to the simple, three-ingredient cookie recipe you’ll often find on a jar of peanut butter, except that half the sugar was replaced with quinoa flour and there was a dash of vanilla added in. I didn’t have quinoa flour, but I do have a coffee grinder, so I just ground up some quinoa which I’ve done before with oats and rice. It worked a treat, and the cookies looked adorable, each one bearing a pert crosshatch design. I popped them in the oven. A delicious aroma permeated my kitchen as I started the clean up and then… they burned. To be fair, I can’t really blame this failure on the quinoa (but I will blame it on my crappy oven). I think I might actually try this recipe again one day after I’ve collected the scraps of my shredded dignity and a new jar of peanut butter, but I will certainly be watching them obsessively in the oven when I do.

The final straw was Sunday morning’s attempt at quinoa pancakes, the recipe for which I found on the website of a trusted “doctor.” I mixed and blended as per the the instructions (despite my dubiousness of actually blending pancake batter) and poured them on the griddle. They began perfectly, bubbles rising nicely to the top, and I prematurely began to write a blog post in my head, detailing how at least half of my quinoa recipes were successful. Humming happily, I tried to turn the first cake… with calamitous results. You know how pancakes are supposed to be… I dunno… cohesive? Well, these guys were not. Even though the bottoms were browned and crispy, just as they should be, the insides were the disgusting consistency of a quinoa mousse.

This meant all my endeavors to flip resulted in splattered lumps of squishy paste. I tried in complete futility to at least get a few decent pancakes out of this recipe, but even my silver dollar cakes were a total disaster. I tasted one just to see what I was missing and I can tell you it wasn’t much. There is no way anyone in my house would’ve tolerated even a mouthful of those bland, bitter pancakes. Scott came into the kitchen as I was pouting over the griddle and asked what happened. I opened my mouth to answer and before the words came out of my mouth, he said, “You put quinoa in them, didn’t you?” When I nodded sheepishly, he threw up his hands and cried, “Enough is enough, Joc!”

And he was right. I was cured.

However. I did mention that I had one good recipe, and that is the recipe I found for brownies. This recipe was the first I tried which is why I had any faith to continue on this misadventure in the first place. These brownies are rich and dark chocolate-y without being over-sweet, and although I am normally in the camp of chewy brownie lovers, I can attest that the soft and fudgy centers of these brownies are delectable. I ate three of them before they were even done cooling. On top of all this, they are easy and fast to mix up, which is always balm for my lazy soul.

Tracy and Joc are sisters, wives, and mothers, and they love to make things with their own two hands. Read more of their great homemaking tips on their blog Little Boozy Homemakers.

*Image of quinoa via Shutterstock