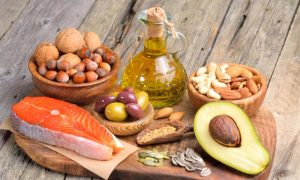 Let Them Eat More Fat? Researcher Argues That a Balance of Types of Fat Is the Key
0
Share Now
TelegramFacebookTweetEmailTellMeWeReddit
Copy Link 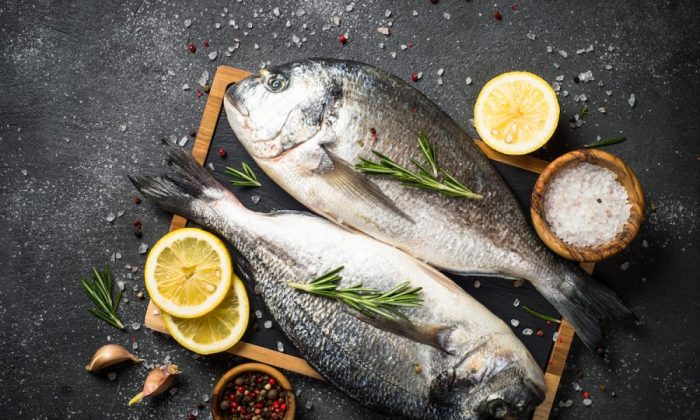 The popular pairing of fish and lemon goes back millennia. (Shutterstock)
Foodstuffs

Western history, from ancient times to the present, is filled with references to the four humors. Sometimes maligned, sometimes revered, and—in the modern world, at least—often misunderstood, humoral theory is one of history’s most enduring medical practices.

The four humors have shown up in literature and theater, in medical textbooks, in visual art, and, perhaps surprisingly, on your cookbook shelf.

Humoral medicine dates back to the ancient Greeks, and is based upon the interplay between temperature and moisture. It originated with Hippocrates in the fourth century B.C., and was later elaborated on by Galen and others.

According to this perspective, the human body contains a mix of the four humors—blood, yellow bile, black bile, and phlegm—and each individual has a particular humoral makeup, or constitution. Good health includes a proper balance of the humors for that person.

The four humors are also connected to far more than physical health, and are mirrored in the environment around us, including the seasons and the elements.

Once, when teaching a history class, I asked my students what they thought of when I said “humoral theory,” and about half mentioned bloodletting. While this was indeed one treatment used to balance the humors, not all medical professionals practiced it, and some (rightly) doubted its safety and efficacy.

Dietary recommendations, however, were perhaps the most universal treatment, considered a safe and effective way to improve health and balance the humors. This was thanks in part to Galen, a physician who promoted dietary changes first before other more radical treatments were pursued.

Food and the Humors

Each humor embodies a different quality (hot, cold, moist, or dry), and similarly, different foods are connected to those qualities and thus to certain humors (foods that are hot and dry promote yellow bile, for example).

A food’s humoral classification was, as Ken Albala explains in “Eating Right in the Renaissance,” largely based on flavor. Pleasant-tasting foods were often seen as more nourishing, and unpleasant foods less so.

The entire system and its application are, of course, much more complex than that one guideline. For instance, a food’s humoral properties also go beyond taste or texture to include the source animal’s habitat or plant’s growing environment. As Albala notes, “Cattle fed cold and dry oats become cold and dry; sheep fed grass become cold and moist. Simply, the organism becomes what it eats.”

While the structure of humoral medicine itself was a European phenomenon, we see different but similar systems of classifying food’s properties elsewhere in the world, including within the Ayurvedic tridosha system.

Part of maintaining health, then, was to eat a balanced diet, ensuring that one wouldn’t get too much of one thing and thus be thrown into a state of imbalance. Such a diet should include elements of each humor, in different proportions based upon individual constitution.

Unlike modern American dietary guidelines, which offer standard intake recommendations for large classes of food, humoral medicine is highly customized. Each person is born with a dominant humor, along with a mixture of the others, and as such each person needed a blend of different foods to balance their temperament.

All systems should be balanced, but what that balance looks like and how it is achieved varies considerably between person to person.

On the Modern Plate

While humoral theory is no longer the guiding principle it once was, its influence lingers here and there. We see humoral theory at work in some herbal and folk medicine in places such as the Appalachian mountains, and we still see echoes in modern medicine, where health is often evaluated by analyzing fluids like urine and blood.

And, of course, we see it at work on our plates and our perceptions of what we eat.

While our larger cultural belief in the relationship between food and health changes over time, we are in a moment where the connection between the two is becoming re-emphasized. We see humoral theory’s legacy in common sayings (“starve a fever, feed a cold”) and in our debates over the dietary value of different foods. For example, does chocolate—which along with tea and coffee caused all sorts of problems for early modern humoral practitioners—help us lose weight or not?

Most interesting to me as a food historian is seeing long-standing humor-balancing combinations echoed in some of our most beloved modern flavor combinations, like mustard and pork or lemon and fish. In both cases, the sour and hot condiments are being used to counteract the moist, cold nature of the meat.

Cooling foods like fish and pork were thought to slow the metabolism and suppress excess heat. To balance out this cooling effect, oftentimes warming condiments and sides—acidic things like vinegar or lemon juice, or spicy things like mustard—would be added.

The Curious Case of Lemon and Fish

The combination of lemon and fish or vinegar and fish is so ubiquitous that we see it in many variations over the last handful of centuries, especially in American cookery books in the mid-19th to early 20th centuries. During this period, many cookery books also show a lemon-butter sauce (often with cream) that is served over the top of fish, or the use of lemon as a garnish.

The pairing also appears in “healthy” or low-calorie diet cookbooks, after studies in the 1970s reported a connection between fish and a healthy lifestyle; in budget-conscious cookbooks, such as in a 1910 recipe for leftover fish croquettes; and in World War I-era cookbooks, using rations.

Hardly any of these cookbooks use the word “balance” (of flavors, nutrients, or whatever else) when describing the dish and its health benefits. But even if not named, the concept is still there, in the idea of bringing multiple, often dissonant flavor profiles into a dish. For example, “buttery” fish is paired with “bright” citrus, with the suggestion that by layering these profiles, we come to the desired result.

These recipes might be seen as an unwitting complement to humoral theory, that helped popularize this flavor combination in the western world. Ultimately, these two approaches to pairing ingredients—by layering for flavor, or for a desired nutritional result—are both informed by creating balance, whether or not the concepts of humoral theory are at the core of our modern perception of them.

Balancing what you eat not only creates flavors that layer and complement well, but also keeps our bodies healthy by bringing in a variety of nutrients and keeping us from overdoing any one thing.

And this emphasis has shown up, in some form or fashion, in western cuisine for the last several millennia, shaping our palates and urging us to consider a well-balanced diet to be critical to health.

Julia Skinner is the director of Root, an Atlanta-based fermentation and food history organization, as well as a food writer and university instructor. You can follow her adventures on Instagram and Twitter at @bookishjulia and @rootkitchens.