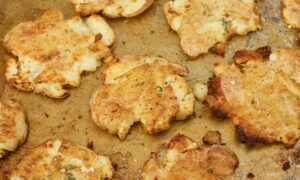 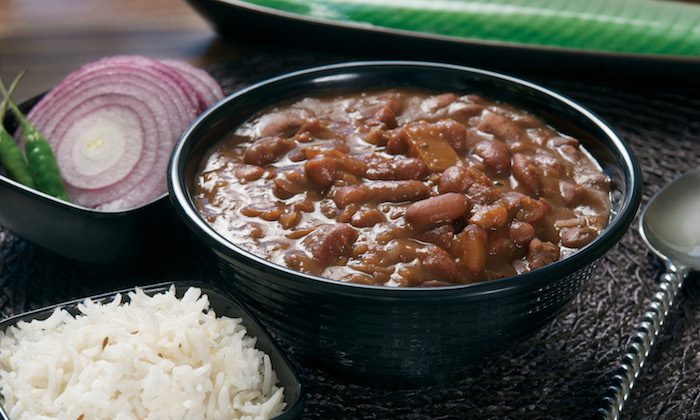 Rajmah, a North Indian version of chili or red beans and rice, is the quintessential comfort food for Punjabis. Ask anyone from that region, and she’ll tell you she grew up eating these hearty beans over rice in her home as a quick Sunday lunch or in her college hostel. It’s not a dish that’s usually considered refined enough to be served in a restaurant, but it is a classic. It’s even better when served over a bed of rice with some savory, tangy yogurt on the side. I remember one buddy in graduate school at the University of Hawaii who had just arrived from India and was so desperate to eat rajmah that he substituted ketchup for tomatoes. I wouldn’t recommend such shortcuts, nor would I recommend using canned beans or cream, as some recipes suggest. Keep it simple, and I guarantee you’ll make this dish over and over again.

Cook on high for 11 hours, until the beans break down and become somewhat creamy.

Remove and discard the cloves (if you can find them!) and cinnamon stick. If the rajmah is not creamy enough, take an immersion blender and press it two or three times to break up some of the beans. If using a blender, take out about 1 cup and process in the blender, then return it to the slow cooker. Be careful not to process all of the beans; most of them should remain whole.

Stir in the cilantro. Serve over a bed of basmati or brown rice with a side of raita (cucumber-yogurt sauce) and an Indian salad.

Try This: After cooking, turn off the slow cooker and add 1 cup plain, unsweetened yogurt. Stir well and let the slow cooker sit with the lid on for about 10 minutes. This adds a unique tang.

To make this dish in a 3 1/2 quart slow cooker, use 2 cups rajmah, 6 cups water, halve the other ingredients, and proceed with the recipe. Cook on high for 9 hours. A half recipe makes 8 cups.