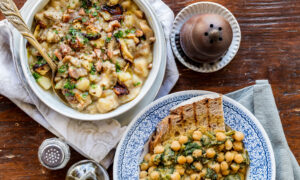 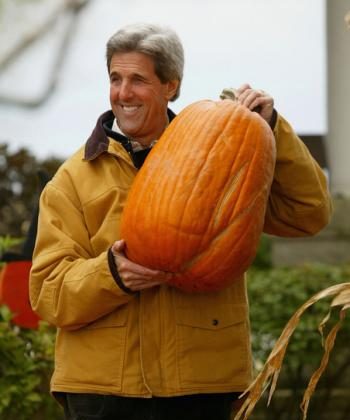 Johann Fleck
View profile
Follow
biggersmaller
Print
A group studying plants and their healing properties at the University of Wuerzburg awarded recognition to one particular plant, not just for its health-giving properties, but also for its taste appeal and ease of preparation. A deserved winner!

Pumpkins have led a shadowy existence in home kitchens and restaurants for too long. I am often reminded of my grandmother's words when my mother prepared pumpkin in cream, "That is not a vegetable, it is pigs' food!" She was not too far off, because during hard times, even when food was scarce, few people in Austria thought of eating pumpkin. But with a resurgence in "new-old cuisine", pumpkin preparations have seen a renaissance. Pumpkin is now frequently used in many dishes.

Pumpkins belong to the squash family, a huge phylum that also includes cucumbers and melons. It is actually the largest edible "berry fruit" in the world. Grown in the home garden, the plant is happiest in warm, nutrient-rich soil. Its prolific leaves shade the compost heap, from which it derives its nutrition. Appearance and flavor of the many kinds of squashes vary, from the "UFO" variety to spaghetti squash, whose cooked meat, when removed with a fork, falls onto the plate like spaghetti.

Not only is this type of squash very tasty and easy to prepare in various ways, it is rich in substances that benefit the body. Pumpkin meat is diuretic, slightly laxative, calming and strengthens the immune system. It is effective when illnesses of the stomach and intestines are present and also in cases of heart and kidney ailments. A long time ago pumpkin was seen a health-restoring aid for people suffering from typhoid fever and dysentery. The healing properties are attributed to the plant's high potassium and magnesium content, which restores the body's mineral balance. Pumpkin and other squashes are a great dietary aid, since 1/4 lb of cooked flesh account for a mere six calories.

Pumpkin seeds are virtual powerhouses for fighting bladder and prostate ailments. The seeds contain high concentrations of beta carotene, vitamin E and phytosterenes, plant hormones. They promote excellent bladder function, easing cramps and strengthening the bladder muscles. The dark-colored pumpkin oil is not only suitable for use in salads, giving them an elegant flavor, but also imparts a nut-like flavor to warm dishes and soups. It is worth trying out.

I will introduce you to two of our favourite family recipes:

Pumpkin Soup a la Steir with Pumkin Oil and Seeds

Any kind of squash, peeled and cut into cubes. Chop an onion coarsely and soften in hot butter, add the squash cubes and sauté them with the onions for a few minutes. Add some good stock and some heavy cream and simmer 20 minutes. Season with salt and pepper and then puree the mixture. Place into soup bowls; garnish each with a dollop of whipped cream, chopped parsley, pumpkin seeds and a dash of pumpkin oil.

Cut one pound of peeled pumpkin into cubes. Finely slice two medium onions. Heat 2 tablespoons of clarified butter and fry the onions until light brown; add 2 tablespoons of powdered cumin, 1/2 teaspoon chili powder, 2 teaspoons turmeric and 2 teaspoons ground coriander. Stir and sauté another two minutes, Add the pumpkin cubes, stirring the mixture well in the pan. Add three coarsely chopped tomatoes, cover the pot and simmer until everything is tender, about 20 minutes. If needed, a small amount of water can be added. Toward the end of the cooking time add two tablespoons of yogurt and season with salt and pepper. Best served with basmati rice or flat bread.

Finally, I recommend you preserve pumpkin as a sweet or savory concoction – as jam, chutney or a sauce, or even as a sweet-sour pickle. Pumpkin in any form will not disappoint you.