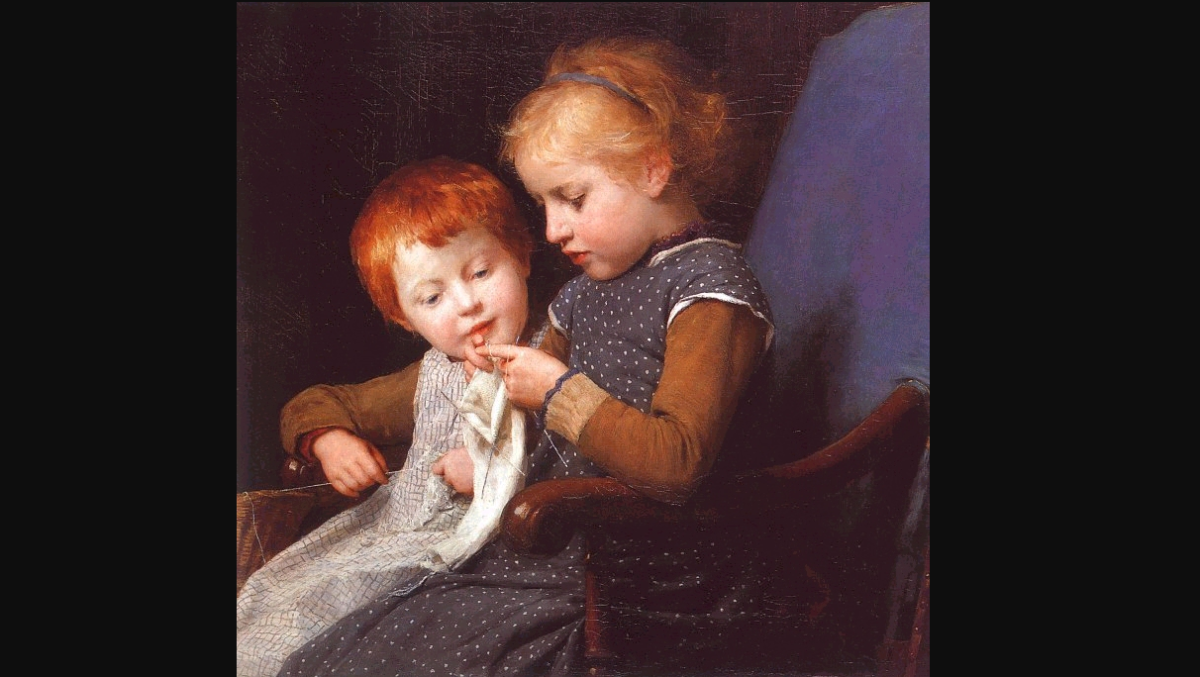 The ancient proverb ‘Idle hands are the devil’s workshop’ has wisdom in it that can benefit us all
BY Angelica Reis TIMEJune 13, 2022 PRINT

I was fortunate to grow up with a mother who often spoke in proverbs—“a stitch in time,” “do unto others,” and so on—but have only truly begun to appreciate their wisdom as I’ve grown older.

Yet when I use them nowadays, I find that a lot of people don’t know them and wish they did.

Proverbs have, of course, stood the test of time—usually for centuries—and that tells us something. The wisdom they contain—for bettering ourselves and society—is precious. They are one of the golden threads that hold our culture together, passed down through the generations.

Are they still being passed on? It seems that with each generation, they’re used less and less. When I’ve used them, I’ve had friends say they feel a bit impoverished for not knowing them.

Let’s not lose them. We can each do our part to keep them alive, in our thoughts and speech, and preserve their value.

“Idle tools are the devil’s workshop,” shares exactly the sort of wisdom that the younger generation—and all generations—can benefit from. There are variations of this proverb that use “tools,” “playground,” “playthings,” and so on. But first, the fascinating backstory of where it comes from.

With likely roots in the Bible’s book of—you guessed it!—Proverbs (16:27), there are two other key sources that led to the phrase’s modern version and popularity.

One is a phrase from St. Jerome (347–420 A.D.) in Latin that has a similar meaning: “fac et aliquid operis, ut semper te diabolus inveniat occupatum,” or “do something, so that the devil may always find you busy.”

But it was mainly Chaucer’s “Canterbury Tales” from around 1368 that brought the saying—albeit one slightly different from the one we have now—into use in the English vernacular.

The work of Satan in the life of an idle person is recognized in other languages and cultures, too. The Danish call laziness “the devil’s pillow” and a Moroccan proverb says that “the head of an idle man is Satan’s workshop.”

In 1715, Isaac Watts wrote the poem “Against Idleness and Mischief” (featured in “Divine and Moral Songs for Children”) and put the wisdom into a poetic form to which our present-day proverb bears a closer resemblance:

“Against Idleness and Mischief”

How doth the little busy bee
Improve each shining hour,
And gather honey all the day
From every opening flower!
How skilfully she builds her cell!
How neat she spreads the wax!
And labours hard to store it well
With the sweet food she makes.
In works of labour or of skill
I would be busy too:
For Satan finds some mischief still
For idle hands to do.
In books, or work, or healthful play
Let my first years be past,
That I may give for every day
Some good account at last.

And now the question of how to use this proverb. It’s simple, really. Here’s an example: “Hurry to get your chores done. Idle hands are the devil’s workshop!”

And for those more familiar, or who have gotten used to the full version, a brief “idle hands” (with a verbal finger-wag in your tone) will do the job. Plus, the shortened version is a little gentler and may be easier to swallow.

The problem of idleness plays out in so many concerning ways in our culture. I was recently struck by one example that appeared right in front of me.

I was on an airplane when I saw a handsome little boy in the seat ahead of mine—a boy of maybe 9—playing a video game. The object of the game was to successfully shoot a gingerbread-man-like character to the point of death. As you shot, different areas of the character’s body would be injured. You had your choice of weapon.

I couldn’t help but think about this proverb, and that wouldn’t it be wonderful if the boy had had some other occupation.

It seems that technology is often, well, a questionable outlet for idle hands nowadays. I know that when I’m looking to relax, I often think about using technology in some way. But ultimately, I find that a nature walk, meditation, reading, a craft project, or even a light household chore is a more fulfilling—and more relaxing—use of time.

Having reflected on this proverb, I’m reminded to be on guard against idleness in myself and in the little ones in the family. Often, the busiest times are the most rewarding of all.