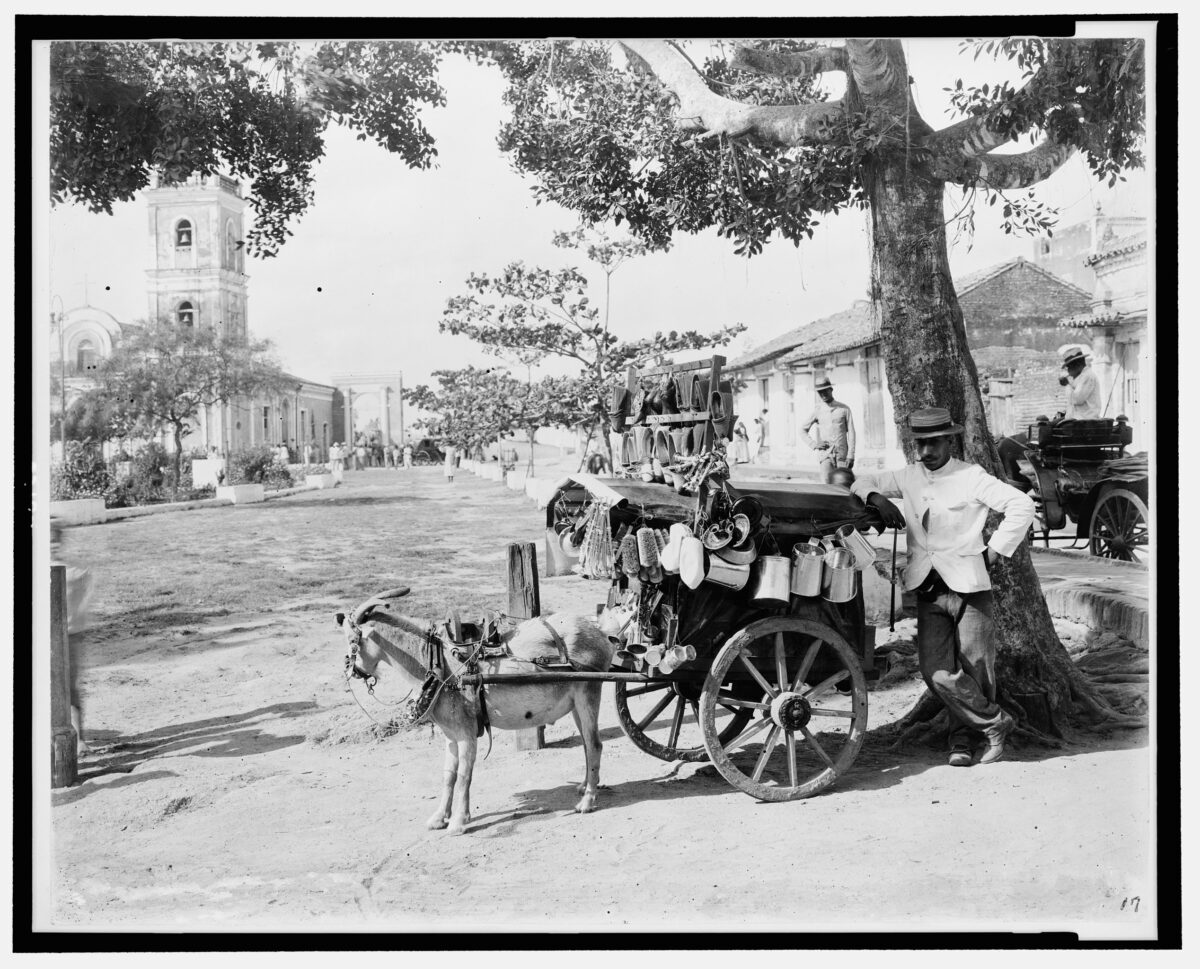 A peddler in Camagüey, Cuba, The print is dated between 1895 and 1920. (Library of Congress)
Family & Education

Proverbs to Cherish: ‘A Rolling Stone Gathers No Moss’

As seen in their changing usage throughout the centuries, proverbs adapt to the times
BY Angelica Reis TIMEAugust 3, 2022 PRINT

How to interpret the proverb “A rolling stone gathers no moss” is, intriguingly, not a one-size-fits-all proposition. Over the generations, it has come to take on an entirely different meaning.

When you look at this saying, and it’s one most of us have heard of, do you think it’s recommending we be the rolling stone or not? In recent generations—and actually, even since the late 1950s, according to one study—people have come to think that it’s desirable to be that rolling stone and to thus not gather moss.

For a gardener or, anyone, frankly, involved in lawn care, that makes perfect sense! I find that moss is pesky at times, too. But interestingly, the saying generally used to mean the complete opposite—that it’s good to stand still.

The idea had been that one accumulates wealth and affection by laying down roots and gaining connections and footing in one community. If you think back to the sort of reputation the “stranger to town” or the “wanderer” used to have, it wasn’t a good one, and so that older understanding of the saying makes perfect sense in that context.

Here’s a good example of its traditional use, from Agatha Christie in 1936, found in “The ABC Murders”: “You have been, I fancy, in essence, a disappointed man all your life. You have been the rolling stone—and you have gathered very little moss. You were bitterly jealous of your brother’s wealth.”

With the change from more agrarian societies to those that are more urban-commerce oriented, however, relocating for jobs and opportunities has taken on a positive meaning.

We can explore that shortly, but let’s first look back a little further, to the earliest known iteration of this saying. It traces back to an ancient Greek proverb that said, “A rolling stone gathers no seaweed,” which probably referred to sea stones that were thrown about by waves versus more stationary ones. You can just picture that happening on the banks of Greece.

It seems we owe the change from “seaweed” to “moss” to Erasmus, the Dutch Catholic theologian and scholar, who included the new version in his “Adagia,” of 1523. And in the book “Proverbs” by John Heywood, published just 23 years later, it was already being used in its new form: “The rollyng stone neuer gatherth mosse.”

Some argue that the meaning of the proverb always had at least a shade of ambiguity to it, however. Dating back to a book of short stories by Horatio Alger (1832–1899), there was a story called “The Rolling Stone,” wherein the hero actually gained riches and success by wandering about.

Yet, in modern times, the understanding of it has evolved to favor that meaning. A 1957 survey of American undergraduates found that two-thirds of them thought the expression meant that if you want to succeed, you need to be on the move.

When it came to the ’60s, the general promotion of a bohemian, as opposed to traditional, lifestyle, may have had a part to play. And the enormous popularity of The Rolling Stones band certainly must have improved the image of what a “rolling stone” was.

As to the perhaps more traditional take on it, it’s interesting to think about people I know who grew up in small towns where everyone knew everyone. Your reputation, in a way, was everything. If you were an upstanding, hardworking person, everyone knew it. And if you weren’t, everyone knew it, too. So, in the latter case, there would have been an incentive to, well, keep rolling. And in the former case, you’d have ample opportunity within the community to gather up soft, gentle, moist green moss-money, and would have built lots of connections that would help in getting things done.

This proverb is said to be 3,000 years old and appears in numerous languages and cultures. Its changing usage has responded to changes in the world. In learning its history, I originally thought I’d come down squarely in favor of the apparently more traditional use. It’s pleasant to think about the smaller communities that used to make up our world and the promotion of morality and fellowship implied by that interpretation.

But reflecting on it further, I thought, what are proverbs meant for, after all? Perhaps, rather than nitpicking over which usage to push for, if proverbs are meant to inspire goodness, or pass on nuggets of wisdom, it’s worthwhile to consider using it in any context where either of these aims can be achieved.

So, I leave you with this: Stability is a virtue and can bring good things. But don’t get stuck in a rut, and keep an open mind and an active body, as there’s a world of possibility out there.

And no matter how much you roll, don’t forget your roots, and honor the people and community where you come from.