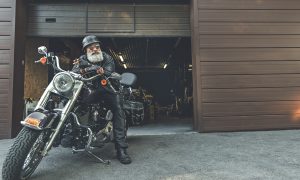 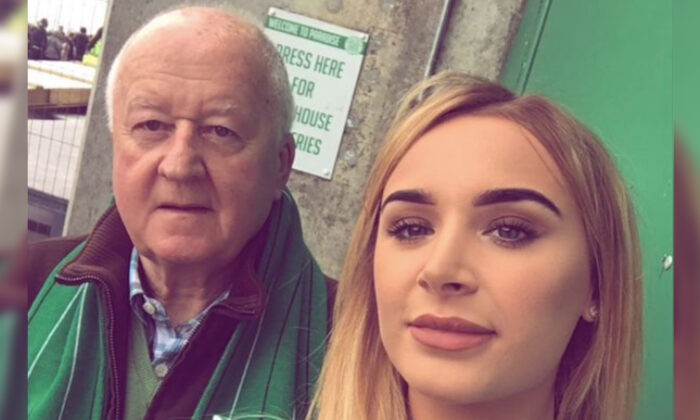 An overprotective father always feels that no man is ever good for his daughter. The same goes for this protective grandfather!

With the wisdom he has learned over the years, a doting granddad from Airdrie, North Lanarkshire, Scotland, named William, doled out hilarious “Boyfriend rules” that his granddaughter Amie McHugh’s future boyfriend should comply with.

Surprisingly, granddad William’s ground rules didn’t get on 21-year-old McHugh’s nerves. Instead, she laughed as her grandfather stated that her beau must be a “Celtic supporter,” who will be happy to foot the bill if they take him along on a date.

Thinking that granddad William’s tongue-in-cheek WhatsApp list was funny, she snapped a screenshot of it.

Sharing the screenshot on Twitter, she wrote: “Howlin at ma grandas rules for ma boyfriend.”

In the list, granddad William got his point across to McHugh in all capital letters.

Rule 2:  He must be Celtic supporter.

Rule 3: He must be working.

Rule 6:  He must be financially well off.

Rule 7: He must never look at another girl while in this relationship.

Rule 10: Whenever in my company he must offer to pay bill.”

After listing these 10 rules, granddad William signed off the message, saying: “Ok that’s it so far.”

So, there may be more rules in the future!

Some Twitter users were in awe of the grandfather’s love for his granddaughter.

“I am crying I think I’m in love with him,” one user wrote.

Another concurred: “I keep rereading this I’m so in love w him.”

“Your granda is on the ball,” another commented.

Others found granddad William’s “Boyfriend rules” a bit too much.

While some related their own experience.

“Ma da and grampa always ask two same questions when I’m seeing some boy. 1. Who does he support? 2. Is he English?” one shared.

Another remarked: “That’s me with my daughter. She never listens tho.”

In response to the comments, McHugh chimed in: “Hopefully he doesn’t come up with any more.”

However, McHugh, who has always been close to granddad William, later revealed to LADbible that his rules were just meant for a good laugh and not to be taken seriously.

“I was brought up with my granda always being there for me, and he only lives a two-minute walk away so I see him nearly every day,” she said.

McHugh is so close to granddad William that he frequently sends her “daft messages.”

“I just laughed as he always sends me daft messages on WhatsApp so it wasn’t a shock when I seen it,” McHugh told Unilad. “I just thought they were funny, I sent them to my pals and family before uploading it to Twitter.”

In truth, McHugh is currently in a relationship, and her boyfriend isn’t a Roman Catholic (RC). Even though her beau fails to adhere to granddad William’s first rule, the lovely grandfather likes him anyway.

Doesn’t McHugh’s sweet relationship with her grandfather just bring a smile to your face? It warms our heart to see granddad William taking care of his beloved granddaughter, making sure she’s treated well.