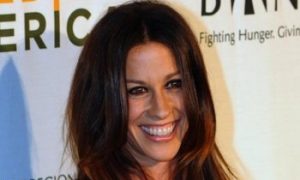 [xtypo_dropcap]N[/xtypo_dropcap]ew York's classical music lovers are in luck—next week, on January 17, a large-scale choral performance of Karl Jenkins’ works will be held at Carnegie Hall in celebration of Dr. Martin Luther King Jr. and his lifelong commitment to peace.

With nearly 1,000 performances worldwide of one work alone The Armed Man: A Mass For Peace, Karl Jenkins is the most performed living composer in the world today. The Welsh composer began his musical career as a jazz musician, most famously with jazz-rock band Soft Machine. He also composed music for advertisements. Among the most well-known is a piece for de Beers diamonds, which Jenkins later used as a theme for his piece Palladio.

Stabat Matar is a composition set to a thirteenth century Latin hymn, Stabat Matar Dolorosa, literally meaning: “the grieving mother was standing.” It tells of the Virgin Mary’s suffering during Jesus Christ’s crucifixion. The score also includes lines sung in Aramaic, an ancient Semitic language once spoken in the Middle East region, Arabic, Greek, and Hebrew. Orchestration is accompanied by Middle Eastern percussion instruments, such as the darbuka and riq, a type of hand drum and tambourine, as well as the duduk, a double reed woodwind instrument.

Monday’s performance of Gloria will mark the American premiere of the piece. Jenkins’ work is a rendition of the Christian Mass hymn, Gloria in excelsis Deo, meaning “glory to God in the highest.” Jenkins also includes Biblical passages like the Psalm 150 in Hebrew and the English of Deuteronomy 32:2 in two other movements of his Gloria. Interwoven between these important texts of the Christian canon are recitations of religious texts from other parts of the world: the Tao Te Ching, the Diamond Sutra, the Bhagavad Gita and the Quran.

The celebration of the diversity of humanity is ever present in Jenkins’ music, so it is only appropriate that his works are performed at a commemoration of Dr. King, who envisioned a world of peace and equality, and gave his life to that cause.

The Epoch Times: How did you first come into contact with music and become interested in composing music?
Karl Jenkins: I come from a musical family and was taught by my father, who was a chapel organist and choirmaster; [I learned] piano from 5 years [old] and later oboe when I went to grammar (high) school, playing in the national Youth Orchestra of Wales. Music was always in the house, whether live or on LP recordings.

ET: Why did you decide to change musical directions, from rock and jazz to classical?
KJ: I didn't start life as a jazz musician, since I was thoroughly classically trained. On leaving school, I read music at the University of Wales and the Royal Academy of Music, London, studying all the tenets of classical academia; harmony, counterpoint, fugue, orchestration, analysis etc. I just went back to my true roots, but with the difference of bringing to it much of what I learnt over many years as a jazz/rock musician and as a media composer, including many ethnic influences.

ET: What are your musical influences?
KJ: Many and various. The whole canon of classical music, but mainly German/Austrian; Bach, R.[Richard] Strauss, Mahler, Wagner. From jazz, Miles Davis, John Coltrane, Weather Report, from Steely Dan to much ethnic music.

ET: How did the idea for Stabat Matar and Gloria come about? What was the inspiration for the inclusion of music and texts from different cultural traditions?
KJ: Following “The Armed Man: A Mass for Peace,” I set about setting a series of iconic religious Latin texts that have been set by composers in the past, but with a twist by involving other cultures outside the Christian [canon] and introducing how they perceive the Divine or Ultimate Reality.
First up was The Requiem, which included Japanese haiku poetry alongside the Latin, then Stabat Mater (pre-Christian Aramaic and Arabic texts), and Gloria (Taoist, Hindu, Islam, Buddhist references).

ET: Did you write Stabat Matar and Gloria knowing which textual passages to
include, or did you write the music first before picking the passages? How was the creative process like? How did you discover the many ethnic instruments that were used in Stabat Matar and Gloria?
KJ: Well, if one sets a text that must drive everything and if the text is standard, then all the words must be set [first]. If one wrote the music first, the words would not fit. In addition, the music must reflect the emotion of the words. To put it simplistically, one can’t have a happy melody with words about death!
The creative process was the same as for any other work. Searching for musical ideas that enhance the work, and then developing what appeals; largely a case of intuition, but intuition based on accumulated skill and craft.
It’s hard to explain. It’s just a search for musical ideas, really…being at a piano, I’m playing some chords and improvising. And through the improvisation, I sometimes come up with a part of an idea that I want to retain and write down. That’s what happens.
If I’m setting words of text, as in Adiemus, I look at the text and think of musical phrases that would enhance the words that I’m setting…Usually it’s a case of writing down, I’m sitting down and working on it. I keep what is good and what is bad, I throw away. In one way, it’s quite simplistic, but it’s a simplicity that comes with a certain degree of academic training and craft that I have accumulated over the years.
The use of ethnic instruments is part of what I mentioned before about looking at other cultures. In Stabat Mater, the instruments are indigenous to the Holy Land/Middle East. I use percussion for rhythmic drive, not only for color as [it usually is] in classical music.

ET: In your opinion, what is it about your music that appeals to people? what do you think draws people to your music?
KJ: I think it’s hard for me to quantify it, as it is for a lot of people really. I think it’s the spiritual element that appeals. It’s truthful and accessible. I think the melodies are appealing, for the most part. And it speaks to people, it moves people. I get numerous letters from people who have been in tragic circumstances. I had a letter about a week [ago], someone’s mother was murdered on Christmas Day a year ago, saying how much my music meant to them, I get a lot of humbling letters of that kind. And I can’t quantify what it is…They find comfort in what I do…It makes an emotional connection with people and one can’t quantify it, it’s kind of intangible in a way.

ET: As composer-in-residence for DCINY, what are your responsibilities and goals? Are you working on any new projects, new compositions?
KJ: I'm very supportive of what DCINY are doing and it's fantastic how they draw people together from all parts of the globe. In turn, it's very gratifying & humbling that DCINY support, perform and promote my music.
Yes, there are some plans in the future. They want to commission me to write something. They perform my music every year, there are plans [for a new work]. We haven’t discussed yet the nature, a choral piece obviously, but the nature of the content, hasn’t been decided yet.

ET: You will be conducting a performance of The Armed Man at Avery Fisher Hall on the 10th anniversary of 9/11. How does it feel to conduct The Armed Man on such a significant occasion?
KJ: This will be amazing and a humbling occasion for me. 9/11 changed the world forever and I look forward to it with a sense of privilege that I can make some contribution to the memory of that tragedy.