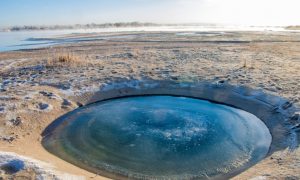 David Horace Greer is a playwright, actor, and Tony-nominated producer. He produced “Porgy and Bess”, “Mountaintop,” and “The Scottsboro Boys” on Broadway. His original play “Hour Father” will premiere at the Emerson Theater Collaborative in October.

Norm Lewis is cast in the title role in “Phantom of the Opera.” He is well known for his operatic voice and has appeared in movies as well as numerous other Broadway productions including “Chicago,” “The Little Mermaid,” and “Miss Saigon.”

Over the course of a 40-plus-year career Andre De Shields has distinguished himself as an actor, director, and choreographer both on and off Broadway. He won a Tony award for “The Full Monty,” and is best know for the title role in the original Broadway production of “The Wiz.”

Prolific television and film actor Keith David is well known for his voice over work, including his Emmy Award winning narration for Ken Burns’s “The War.”

Self taught tap dancer Alde Lewis is the protégé of veteran performer Charles “Honi” Coles. Lewis toured with “Sophisticated Ladies” and was the featured tap dancer in “Cab Calloway’s Cotton Club Revisited” and appeared in the film “The Cotton Club.”