'It reveals very deep things that cannot be put into words.' 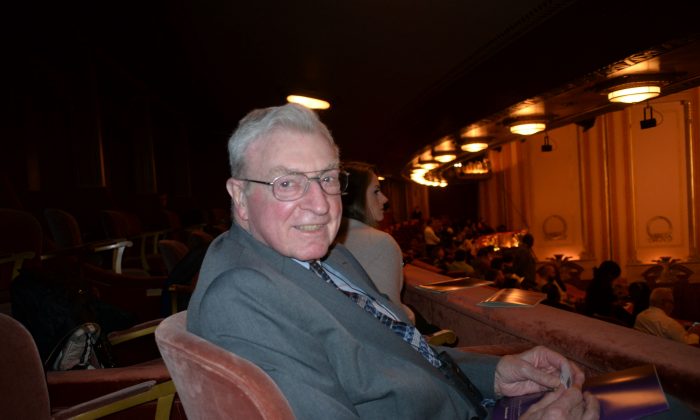 CHICAGO—Theology professor Gilbert Ostdiek has always been intrigued by the power of non-verbal expression. Watching Shen Yun Performing Arts for the first time affirmed his belief, that the body can say what words cannot.

Ostdiek is a professor of spiritual studies, liturgy, and ritual studies at the Catholic Theological Union in Chicago. He attended the performance at Civic Opera House in Chicago, Illinois, on Dec. 28.

Shen Yun Performing Arts is a New York-based classical Chinese dance company whose mission is to revive 5,000 years of Chinese civilization through music and dance. Shen Yun is in the midst of its 2019 world tour, wherein six equal sized companies will visit more than 100 cities across four continents.

Ostdiek said he attended the performance because of his interest in bodily communication.

“[I came here] to see how the body can be used to tell a story to express a sense of heaven and earth,” he said.

And the performance delivered on that point, Ostdiek said.

“I’ve learned a lot of things,” he said.

“[The performance] affirms what I have often thought that the body is probably a better means of communication an expression than our words are.

“Words cannot say things that the body can say.”

The professor praised the intricacy of the dancers’ body and hand movements. He only wish he could see the performers more clearly, Ostdiek said, as he was sure that each individual movement had its own meaning.

As the website explains, a dancer’s inner bearing is inextricably tied to the their spiritual plane, and can therefore only be cultivated when the artist focuses on the development of their inner self or character. It is this quality that allows a dancer to express their inner world through the movements of classical Chinese dance.

And it is this quality that affirmed Ostdiek’s thesis about the body’s power to communicate profound messages.

Ostdiek was also impressed by the cooperation between the dancers on stage.

“They’re so united, the unison is just remarkable,” Ostdiek said.

Throughout Chinese history, people have believed in the divine or heaven, and that people should improve their moral character so as to assimilate with the will of heaven. This spiritual culture has been passed down over millennia in stories and records, an embodiment of the essence and wisdom of Chinese civilization.

The dancers of Shen Yun continue this tradition not only in their training but often also in their daily lives. This ancient spirit can therefore find expression through the dancer’s movements on stage.

“I’m amazed that the tradition has continued for that long and has grown, but is still faithful to where it began,” he said.

“It’s the whole way of life and thinking of the people that has lasted for 5,000 years and is portrayed in these dances.”

With reporting by Helen Peng and Cathy He.