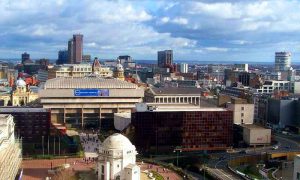 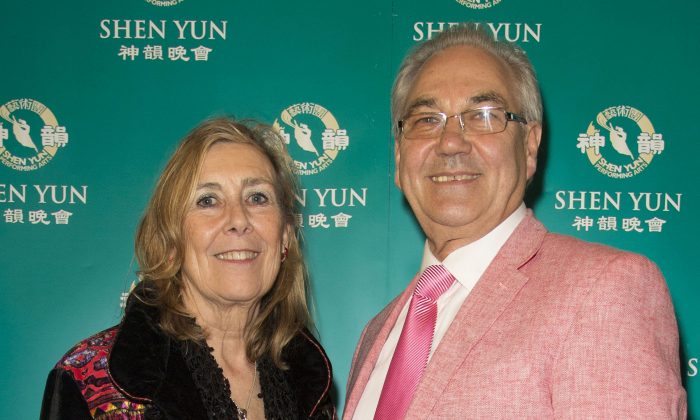 BIRMINGHAM, United Kingdom—Two engineers from different professions both found common values in Shen Yun Performing Arts after watching the performance at the Birmingham ICC on March 28.

“The first thing that struck me was the colour, I just love the colour,” said Malcolm Lewis, a production engineer. “Secondly, the music is beautiful.”

Shen Yun is based in New York and presents an all-new show centred around classical Chinese dance combined with a unique orchestra that blends Eastern and Western instruments, solo vocal performances, and a digital animated backdrop that transports audiences to different times and places.

Classical Chinese dance is a highly expressive art form, allowing the Shen Yun dancers to portray stories and legends from modern and ancient China, each carrying their own values that form the heart of traditional Chinese culture.

“Many of the tales and characters depicted in Shen Yun dances draw inspiration from ancient records and classics. Based on documented historical events, these stories give abstract ideas—like loyalty, filial piety, selflessness, and tolerance—a concrete form,” states the Shen Yun website.

Mr. Lewis saw a common theme throughout the story-based dance: “It seems to me that it’s goodness being a stronger force than evil … it’s the good people prevailing over the bad people, and I like that. … It’s portrayed very much in the style of how China must have been in the years prior to communism and I’m just loving it. I just think it’s beautiful, it’s very emotional.”

His wife Joanne agreed: “I think it’s very compassionate, and I think it’s the old China rather than the new China. It’s the old-fashioned values, it’s good over evil and basic goodness, and good values with beauty. It’s very, very beautiful.”

“I’m going to leave here tonight feeling much better than I did when I actually came,” Mr. Lewis said.

Richard Haigh, and engineer officer in the Royal Airforce, came to see Shen Yun with his wife Nadine and two daughters, who are both gymnastics champions. They were initially attracted by the acrobatic elements of classical Chinese dance.

“Known for its incredible flips and spins, and its gentle elegance, it is one of the most rigorous and expressive art forms in the world,” states the Shen Yun website.

Mr. Haigh said he didn’t know that gymnastics originated from classical Chinese dance, which the emcees explain during the performance. “Very surprised that gymnastics came from this, I’ve never heard that before,” he said. “It’s probably something we’ll take back to the gym. We are impressed!”

Shen Yun’s mission is to revive the 5,000 years of traditional Chinese culture that have been suppressed under six decades of communist rule, according to their website.

Both Mr. Haigh and his wife felt sad that there was repression in China of traditional culture, but also felt the values expressed through the performance were good. “The values are brilliant—compassion, who would not promote that?”