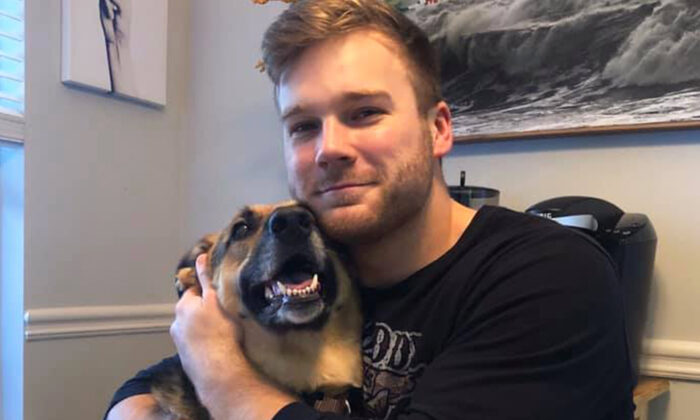 Pro Baseball Player Posts on His Struggles With Dog Ownership, Stresses the Value of Commitment

A professional baseball player wrote a touching Facebook post acknowledging the difficulties he faces as a dog owner. Yet, he explained how, despite the challenges, he regards his German shepherd mix as a family member not to be discarded. The post went viral and encouraged many people to reconsider their own approach to pet ownership.

Austin Conway is a professional baseball player with the Chicago White Sox who owns a German shepherd mix named Stella. He began his viral post by saying he “hated” having to write it, before proceeding to explain why his pooch can be a bit of a handful sometimes.

Really hate to be making this post right now… My girl Stella is just too much to handle sometimes. She is constantly…

In the post from Feb. 11, 2020, Conway said Stella was “constantly shedding all over [his] bed and clothes,” and also complained because she needed to go outside “at the most inconvenient times.” However, the most pressing problem of owning her was the difficulty in finding suitable homes where he can live with such a large dog. According to him, he would often pay expensive rent because “only select apartments accept her.”

Despite all the issues he faced, though, the baseball player continues his heartwarming post by saying he’d decided to keep his dog. Regardless of how hard he sometimes finds looking after her to be, Conway feels it’s worth “making any sacrifice” because that’s what he had signed up for when he adopted Stella “over 4 years ago.”

At the end of his post, the athlete has a poignant piece of advice for all current and future pet owners: “She’s family, and if you don’t view an animal in this same way, please do us all a favor and don’t get a pet until you do,” he added.

The baseball player’s touching write-up is relevant, as too many pet owners treat their animals as disposable. According to the ASPCA, a staggering 47 percent of dogs surrendered to shelters are discarded by owners due to behavioral problems. And sadly, while the number has lowered in the past nine years, approximately 640,000 shelter dogs end up being put to sleep nationwide every year.

Unsurprisingly, Conway’s post resonated with many and became viral. At the time of writing, it was “liked” 455,000 times and shared by nearly 300,000 people.

Such was the reaction that within two days of the original post, the man wrote a follow-up acknowledging the amazing amount of attention he received. “I wish I could respond to every single person that has reached out to me, but I’m grateful for however many people this can reach and I hope it makes a small impact in raising some much needed awareness in the pet community!” he wrote.

Among the impressive 63,000 comments, many users described their own experiences with hard-to-handle pups. Meanwhile, others commended Conway on the important message he relayed. “Love her smile! She is happy with you, her family!” one comment read.

While another remarked, “I just cried in silence in my office, and I can’t wait to see my dog.”

While a particularly thoughtful comment stated, “Austin you are a very special soul. May you and your fur baby be blessed abundantly always. It will be some of the purest love you will ever have.”