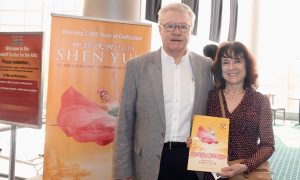 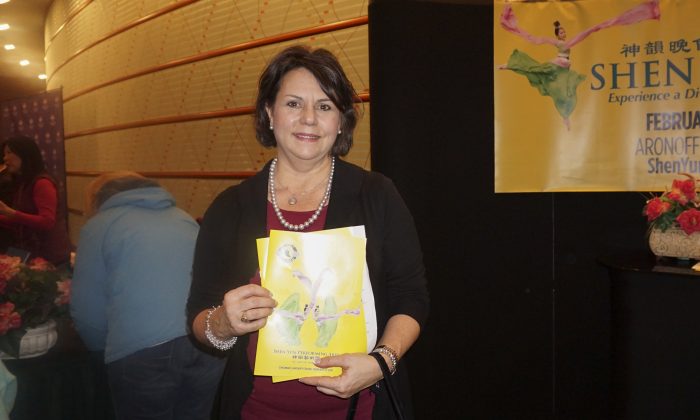 Anne Venters said Shen Yun was an "awakening of history" after seeing a performance at the Aronoff Center for the Arts on Feb. 27. (Nancy Ma/Epoch Times)
Cincinnati

On Feb. 27, Ms. Venters and Shen Yun crossed paths at the Aronoff Center for the Arts. Ms. Venters had received promotional materials by mail, which prompted her to see the show, which she called a “colorfully stunning experience” with the “far-away yet very beautiful” Chinese culture.

“It’s just the experience,” she said, “we don’t have that kind of depth here … the rich history, the spiritual strength, the beauty, the talent of the dancers, it was beautiful.”

Shen Yun Performing Arts and its four touring groups are based in upstate New York. At the heart of its work is classical Chinese dance, backed up by a blended orchestra of traditional Chinese instruments and classical Western instruments, and a state-of-the-art digitally animated backdrop.

Regarding the backdrop, Ms. Venters described the effects as “floating on air.”

Through classical Chinese dance, Shen Yun aims not only to display ancient culture, but revive the essence of China’s civilization, much of which was destroyed or warped for political purposes during communist rule.

Ms. Venters praised the historical and spiritual aspects in the Shen Yun performance, in particular the Buddhist inspirations she saw, as it was a fixture in ancient Chinese society. She called it an “awakening of history.”