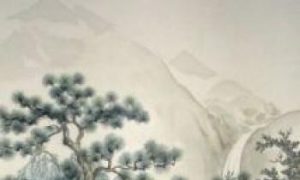 Honesty and Magnanimity: A Story From Ancient China
0
Arts & Culture

TAIPEI, Taiwan—Shen Yun Performing Arts International Company’s tour across Taiwan from March 12 to April 17 has been greeted with enthusiasm— every show enjoying a full-house.

Owing to the warm response from the general public, three extra shows are arranged at National Dr. Sun Yat-sen Memorial Hall in Taipei from April 19-21. Even though the show was arranged impromptu, more than 90 percent of the seats in the April 19 show were occupied. Among the audience were people travelling from afar, including from China and Japan. Their sole purpose is the same—to experience the charms of the new York-based Shen Yun performance.

Accompanied by families, Mr. Nishimura, principal of a Japanese Language Institute, in which many international students from China enroll, flew from Tokyo to Taipei for the performance on April 19. Watching Shen Yun for the first time, Mr. and Mrs. Nishimura indicated their regret that Shen Yun performance could not be staged in Japan this year due to the impact of earthquake. Otherwise, a lot more international Chinese students would have opportunities to view the show in Japan, he said. However, the Nishimura family’s distant flight from Japan to Taiwan for viewing Shen Yun is a good indication that the aesthetics of the performance has won high recognition in Asia.

Though knowing very little Chinese language, Mr. Nishimura said with a smile, “Shen Yun is really fabulous! Watching the show makes me extremely pleased. The singing of the vocalists is all euphonic.”

Apparently, the magnificence of the songs has bridged the wide gap between nationality and language—although the Shen Yun show in Taiwan did not provide Chinese-Japanese translation, Mr. Nishimura and families could understand the connotation of the programs without problems. Referring to how deeply they were touched by the program No Regrets, they said, “The program was beautiful and profound. Just hope that the Chinese students studying in Japan will have an opportunity to see Shen Yun.”

Mr. Nishimura expressed that he was particularly impressed by the last program The Opening of Heaven’s Gates because, not long ago, Japan was hit by the devastating earthquake and tsunami, which awed and alerted him.”

Mr. and Mrs. Nishimura said music was an auditory delight.

"The music was so appealing to the ears. It makes people relaxed. I hope Japanese will have an opportunity to view such a good performance, too. I believe the Japanese audience will be profusely rewarded by Shen Yun.”