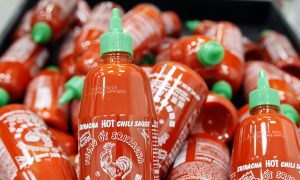 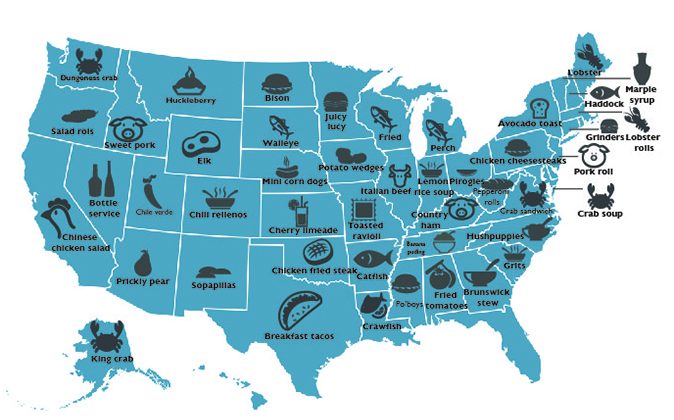 Prickly Pear or Elk Anyone? That’s What You’d Be Eating if Foursquare Users Have Anything to Do With It

When it comes to food, each state has something they crave more than anything else.

New York City is considered by many as the food capital of the world, but their favorite food obsession is rather banal: avocado toast.

Meanwhile, people in Washington, D.C., love Ethiopian food—stemming from the large immigrant community that has sparked a foodie trend there.

The mobile app company Foursquare recently performed an analysis of data collected from its users, identifying food items that users in each state frequently mentioned. Foursquare then calculated each state’s preference for the item over the national average.

The Foursquare app curates personalized recommendations for the best places to go, based on the locations users previously visited and their friends’ recommendations. For food establishments, people can post short reviews, view menus, and give ratings.

Because Foursquare was looking for popular items that stood out from the rest, some of the states’ favorite foods are not common dishes, but unexpected local preferences: California, for example, apparently has a craving for Chinese chicken salad (3,280 percent more than any other state, to be exact), a fusion Chinese-American dish that typically mixes chicken, sesame oil, lettuce or cabbage, carrots, garlic, ginger, and rice vermicelli.

In Idaho, people aren’t just loving the potatoes. They’re hankering for sweet pork, a dish offered at a restaurant chain, Cafe Rio Mexican Grill, which mixes northern Mexico, southern Texas, and New Mexico cuisines. The pork is braised in a secret sauce that, according to rumors, contains Coca-Cola.

Hipsters in Oregon are probably leading the trend in eating salad rolls, otherwise known as summer rolls, a Vietnamese and Thai appetizer that’s got pork or shrimp, rice vermicelli, and vegetables wrapped inside a rice-paper roll.

Inexplicably, cherry limeade is what Kansans liked more than any other state in the country.

Other results reflect local specialty dishes, such as West Virginia’s pepperoni rolls, white bread stuffed with pepperoni. They’re a legacy of the early Italian-American laborers who worked in the coal mining industry there. Amid their harsh working conditions, pepperoni rolls made for a cheap and portable meal.

In Minnesota, people love the Juicy Lucy burger, a Minneapolis invention that involves placing cheese inside the meat patty and on top.

In Missouri, it’s toasted ravioli that gets Foursquare users talking—breaded and deep-fried ravioli, which was first popularized in St. Louis.

Geographical features sometimes play a role. Florida, with its proximity to the Caribbean, has an affinity for a dish originating from the islands: conch fritters.

Because prickly pear is commonly found in the Sonoran Desert in Arizona, the fruit has found its way into local menus, from cocktails, ice cream, tacos, to simply slicing and deep-frying them to make cactus fries.

In Wyoming, an abundance of elk and elk hunting have driven a liking for the meat.

Other favorites are more predictable: lobster in Maine, grits in South Carolina, and of course, bottle service in Nevada—from all those parties in Vegas.