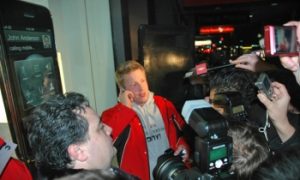 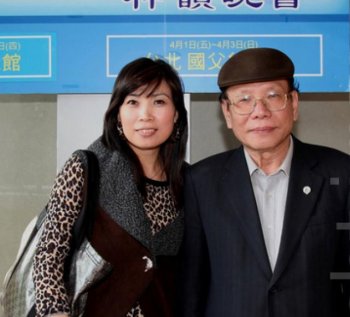 President of Cosmetics Company: ‘You’ve got to watch it at least once in your lifetime!’

Among them were Mr. Chen Weizhong and Ms. Xiao Biyue, President and Chairman, respectively, of Altamoda Customer Group, a cosmetics company. After watching the show, they both agreed: “This has been a superb performance."

“I am truly touched!” said Mr. Chen walking out of the auditorium after the show. He added, “The dances performed in the show are part of traditional Chinese culture. It is really wonderful that we can experience the greatness of Chinese culture through such a performance.”

Mr. Chen admired the artistic qualities of genuine truthfulness, compassion and beauty as displayed in the Shen Yun performance. “It is a well-knit performance. Every actor exhibits high quality and solid training. Shen Yun is certainly a world-class performance. I consider it highly worth watching.”

Mr. Chen was particularly impressed by the program Min Nan Grace, in which a group of girls with bamboo hats interpret the local customs of the Min Nan region in southern Fujian Province of China. Explaining the amiable feeling he perceived from watching the program, Mr. Chen said, “Because my ancestors were from Fujian Province, I have a special perception about it.”

Standing beside Mr. Chen during the interview was Mr. Chen’s wife, Xiao Biyue. Ms. Xiao said, “The choreography is perfect and I like it very much. Shen Yun is quite different from regular dancing performances. Furthermore, there is live music accompaniment, which is really great!”

Mr. Chen particularly enjoyed the dance Herding on the Grasslands, saying, “The program emits a strong sense of wildness and boldness, making me feel as though I were in the scene.”

Mr. Chen was very taken by the opening and closing programs, When Kings Followed the Creator to the Earth, and The Opening of Heaven’s Gates. He said, “They truly make me comprehend the majesty of Chinese culture!”

He continued, “It is really a great performance. You’ve got to watch it at least once in your lifetime!” He indicated that he would encourage his company’s employees to watch Shen Yun. “I was told that there is only one show left this year. I hope tickets are still available so that they would have the opportunity to broaden their horizons.”