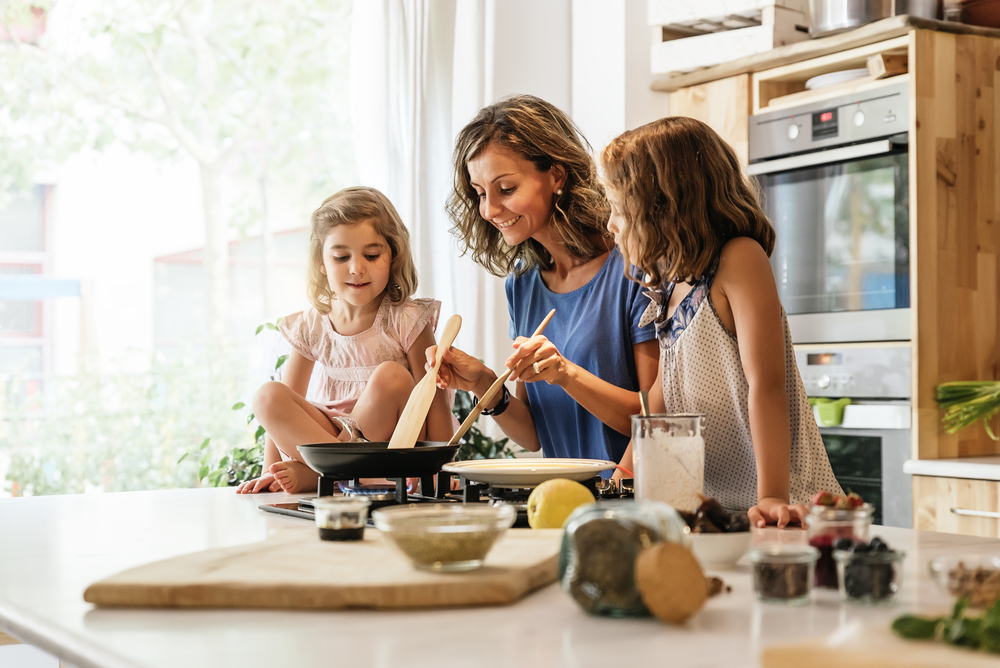 Preparing for Food Shortages? Bulk Up the Pantry—but Also Your Mind, Community, and Spirit

Being prepared, strong, and loving will carry us through the next calamity
BY Jeff Minick TIMEJuly 31, 2022 PRINT

Right now, hard times are knocking at the door of many American households.

Inflation is breaking the budgets of poor and middle-class families. The cost of gasoline and groceries has mushroomed, forcing some consumers to abandon their vacation plans or change their eating habits. Broken supply chains have pushed up prices for many items, when they’re available at all. The money required to purchase a new home or even to rent an apartment has slammed many a bank account.

The average American taking these punches on the chin is probably wondering, “How can things get any worse?”

The Mess We’re In

People in some countries are already suffering from a lack of staples. Wars, government corruption, and natural disasters have brought in their wake starvation and malnutrition, often leading to unrest among the afflicted.

Here in the United States, there’s debate over whether food shortages are looming in the near future. Some experts laugh at this idea, while others, including farmers, warn that bad weather, the rising costs of food production, particularly with higher prices for diesel fuel and fertilizer, and a broken supply chain will lead to empty shelves in grocery stores by the fall.

Certain federal policies seem almost deliberately aimed at creating a crisis rather than managing one. Other possible factors contributing to these shortfalls include the war in Ukraine, which has reduced the supply of available grains and fertilizers, and the loss, whether by arson or the vagaries of nature, of more than 100 food processing plants and large farms across the country in less than two years.

But what precisely would a food shortage mean for Americans? Does that idea imply only scarcity of certain items, such as a Thanksgiving turkey, which is an inconvenience rather than a necessity? Does a shortage mean that certain edibles such as roasts, oranges, or blueberries will become luxuries affordable only by the wealthy? Or does it indicate a lack of basic necessities, such as bread and milk?

Food shortage is a hazy term, a euphemism ranging from “Honey, I forgot to get Raisin Bran at the store” to famine.

Given this uncertain future, we might heed that old chestnut: “Hope for the best, prepare for the worst.”

And there are several ways we can easily do so.

A Change of Directions

If you’re a “foodie,” a consumer of delicacies, a shopper who would never purchase milk, vegetables, or eggs unless they were stamped organic, you may soon need to broaden your horizons. “Back to the basics” will ring as true in the kitchen as it once did in the classroom.

A diet weighted with potatoes, rice, beans, and other staples may replace fancier cuisine. And the same holds true at the opposite end of this spectrum. Those accustomed to frozen dinners or meals of nacho chips, salsa, and grated cheddar may find themselves at the stove stir-frying rice and vegetables.

In “5 Peasant Recipes to Get You Through the Biden Depression,” Megan Fox gives us a peek at what may await us.

She writes: “Food shortages are looming. It’s not a ‘maybe this will get worse’ situation. It’s coming, and when it gets here, you’re going to need to know how to feed yourself and your family on a lot less.”

She then gives a few examples of these frugal dishes, including a “Poor Man’s” skillet consisting of potatoes, onions, and sliced-up hot dogs. That recipe reminded me of my father, a child of the Depression, who occasionally concocted a meal, suitable for breakfast or supper, of fried potatoes and onions with a few eggs splashed across the top.

If we come to this pass and you’re worried about nutrition, add some vitamins to your diet, provided those are still available. The object is to fuel your body with food you can afford.

A ready supply of foods is an absolute must.

The online article “How to Prepare for Food Shortage and Build Your Stockpile,” from the frugal living blog Tuppennys Fireplace, offers great tips on putting together in-home supplies for emergencies. The list of supplies includes the basics, ranging from flour and baking soda to peanut butter and cans of soup.

The article also reminds us to build up a store of items such as batteries and first-aid supplies, and even provides tips on buying bins and shelving for storage.

Those who wish to really up their game might begin by reading The Epoch Times’ own Charlotte Cuthbertson’s “Modern-Day Preppers Reveal Their Secrets to Success,” in which we learn that prepping is more about building community than worrying about doomsday.

Remember that such purchases not only help protect you from hunger, but also put some bucks in the bank. The price of groceries will likely keep increasing at this point, so buying fare for the table now will save you money in the future.

Time for Dinner Parties—Lots of Them

As the preppers point out in Cuthbertson’s article, we can ready ourselves for hardship by building a supportive community.

Given a limited supply of foodstuffs, potluck dinners are an ideal way to vary the diet, lift the spirits, and deepen relationships. If you have a boatload of beans and rice, and your neighbor has stockpiled cans of vegetables and fruits, then between your two households, you have the makings for a Depression-style feast.

And even if you live in an apartment complex or suburban development where you hardly know your neighbors, what’s to prevent you from throwing such a party? Once again, doing so brings some different dishes to the table, but even more importantly, you’re creating bonds—ties that may one day come in handy.

Give if You Can

For months now, food banks and charitable organizations have already faced a food shortage, struggling to provide assistance for those in need. In Virginia, for example, the Chesterfield County Food Bank reported that demand has dramatically increased over the last two years, while donations are down. Inflation is again the culprit, causing grocery stores and individuals to reduce their gifts to these centers.

If you have the financial ability to make a contribution, act now. Ask your local food bank, church, or charity what they need most, visit the grocery store, and make a donation. You may not see their faces, but the strangers you help will deeply appreciate your good deed.

“The squeaky wheel gets the grease,” the old saying goes, but most of the time, bellyaching solves nothing at all. If scarcity or cost leave us with a dinner of boiled rice and a few cans of chili, we might stir those beans into the rice and be grateful we’re going to bed with our hunger satisfied.

And just like our bodies, our souls seek nurturing and care. Stress and anxiety are the companions of an ailing economy. Financial worries can do great harm to our marriages, to our relationships, and certainly to our own state of mind as well.

From their trials at colonial Jamestown through the Great Depression, our ancestors faced their own dire circumstances, including hunger, yet the best of them refused to give up on joy or hope. They revered their aged parents and brought them comfort; they wanted better lives for their children; and they cared for others, both strangers and those they loved.

That’s still a part of the American way.

In the first stanza of “Dreams,” Langston Hughes writes,

For if dreams die

Life is a broken-winged bird

Gratitude for what we have, resilience in the face of adversity, and self-reliance coupled with community, generosity, kindness, and even laughter: These are the wings that allow us to fly.

Have you and your loved ones taken steps to become more self-reliant and prepared? We would love to hear about your smart strategies, projects, and lessons learned. What advice and encouragement would you give others looking to do the same?