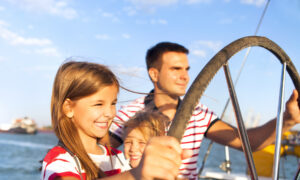 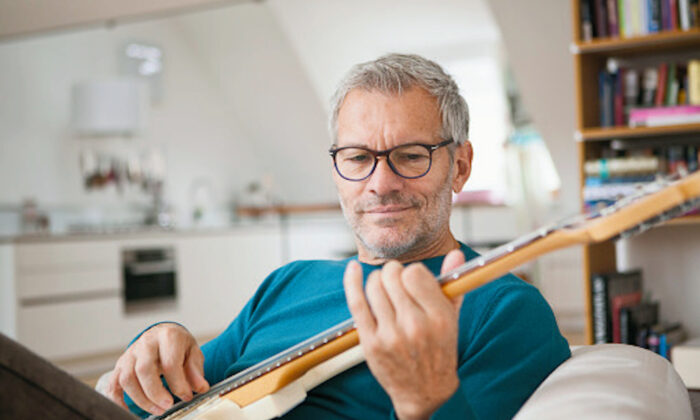 The "10,000-hour rule" was devised by Professor Anders Ericsson. It's the idea that it takes 10,000 hours of practice to become accomplished at something, whether it's playing a guitar or building a business.(WESTEND61/GETTYIMAGES)
Family & Home

Some readers will know this old joke. A visitor to New York City gets lost going to a concert and asks a man carrying a violin case, “Sir, can you tell me how to get to Carnegie Hall?” The man smiles at him and responds, “Practice, practice, practice.”

In “Outliers: The Story of Success,” Malcolm Gladwell asked a different question: “How do some individuals win fame and fortune?” He found the answer in such places as their culture and the circumstances of their childhood, their passion and drive, their personal habits and experiences, and even the dates of their birth.

Gladwell also points out as one factor for success the “10,000-hour rule,” an idea he popularized contending that many entrepreneurs, artists, musicians, and others who devote themselves to a goal or a craft may, after years of intensive study and practice, achieve their ambitions.

Florida State University’s professor Anders Ericsson was one of the first to devise the 10,000-hour rule. In addition, however, he determined that a good teacher or mentor could contribute immensely to a pupil’s success. The young woman wishing to become an ophthalmologist must train for four years after medical school and will come close to Gladwell’s magical number, but if she’s fortunate to learn from excellent teachers during that training, they may also play a part in her rise to the top of her field.

But what about the rest of us? Do these principles apply to us?

Let’s say a 36-year-old Texas man, Jim, has worked as a garbage collector for 16 years. Five days a week he rides through his town, sometimes driving the truck or hanging from the back to collect trash. The 10,000-hour rule has no real bearing on his skill set. Jim learned all he needed to know his first year on the job. Since then, he has performed admirably, received several wage hikes and health benefits, and plans to work until he can retire.

Every evening when Jim returns to his family, he spends a little time on the porch, strumming his guitar and singing. He learned to play in high school, and for several years he took lessons from a woman whose music he much admired. These half-an-hour stints on the porch four and five nights a week haven’t brought him 10,000 hours of practice, but he’s competent, knows scores of songs, some of which he’s written, and brings delight to his wife, his three children, and the widow who lives next door.

Sarah, Jim’s wife, was 14 when her mother died. She spent the next six years helping her dad raise her four younger siblings, graduated from high school, and earned her associate’s degree in early childhood education. She worked at a local Montessori school until her first child was born, and then became a stay-at-home homeschooling mom. Every day she puts into practice all those years of mothering and education, and hopes to raise her children to be lights in the world.

This couple will never acquire the fame Gladwell selected for those celebrities in “Outliers,” but still we might ask: Isn’t theirs a success story?

“Practice, practice, practice” also applies to our relationships with family and friends. We may not think of relationships in this light, but the more time we spend with a friend, a relative, or a spouse, the greater the opportunity we have to deepen those relationships. Our connections may be imperfect, of course, but with enough “practice” we can be loved and loving. By putting in time with another, whether it’s someone we’ve just met and find attractive or a friend of many years, by practicing connection, the minutes, hours, and days are the building blocks of a home we share together.

So the 10,000-hour rule is relevant here. Just as Gladwell’s outliers put in time, energy, and passion to win renown, we too can give ourselves to those who attract us, practicing and learning the arts of love along the way.

Some 20 years ago, our culture stressed the importance of spending quality time with those we loved, especially our children. Seeking to help and guide women working outside the home, commentators and counselors wrote a multitude of articles on how to make the most of the hours spent with our children. Attend their soccer practices and games, give them assistance and encouragement with their school homework, and sit down and listen to them, and you can make up some of those missing hours.

Quality time is well and good, but we should also recognize the importance of quantity time. That afternoon you spend on the porch shooting the breeze with a friend about nothing in particular is valuable. You’re “practicing” your friendship. That evening you and your spouse spend reading books on the sofa, perhaps occasionally pausing to read aloud a passage you want to share or simply discussing some mundane matter, adds to your marriage, even in some small and seemingly insignificant way.

Just as Jim and Sarah learned some of their skills from teachers, we can do the same, even with—perhaps especially with—relationships. We may not hire someone as we do to teach us the fundamentals of playing a guitar or sit in a classroom learning about early childhood education, but if we pay attention, the wisdom of others can enhance our chances for success in making connections. In talking to a 60-something husband and wife, for example, a newly wedded couple might learn, as my wife and I once did, that the most important thing in a marriage is respect for the other.

Others look at certain men and women, and wish to mirror their actions and virtues. They see a daughter caring for her sickly mother, or a son nobly doing all he can for a father with dementia, and they take that example and make it their own. Again, though they might not think of it in this sense, they are practicing virtue and so becoming better human beings.

Recognizing that older people in particular have wisdom to impart that is frequently unsought or unheeded by the young, The Epoch Times has added a special column titled “Dear Next Generation.” Here every week those with a few years on them and a lifetime of experience write encouraging short essays to the young, giving them guidelines on resilience, courage, love, and other topics. Some younger readers have responded to these notes of advice with personal notes of their own, thanking these writers for their help.

We can find teachers everywhere if we look for them.

Though Gladwell wrote “Outliers” to reveal why some people succeed in extraordinary ways, the fact is we can do the same. To learn a foreign language, to become amateur painters, to develop a greater empathy for others: all these require practice, the willpower and the passion to pursue a goal, and the willingness to find guides who can help us along the way.

Practice may not make us perfect, but it can bring us unforeseen talents and treasures.