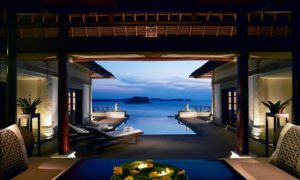 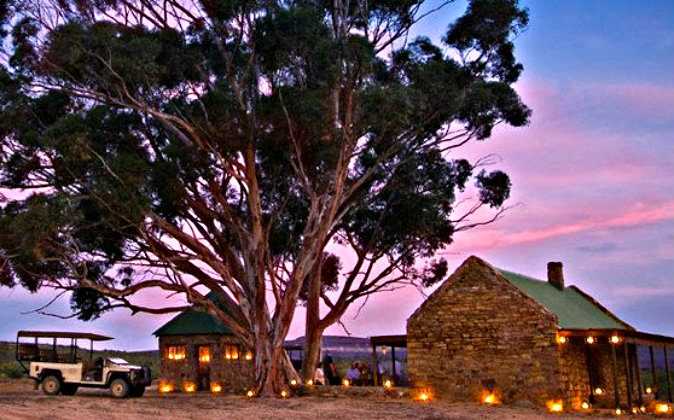 Just 200km North of Cape Town, beyond brilliant beaches, lush vineyards and the scintillating scent of lemon trees, scenes transform. Luxurious greenery gives way to a theatrical Petra-meets-Grand Canyon desert setting. Unforgiving and harsh, this land births unique foliage of herbaceous fynbos, prickly leaves and cactus, making it seem impossible for life to thrive. But it has evolved. Home to the world-famous Rooibos tea, the Cederberg is in the Unesco World Heritage Cape Floral Kingdom. Between July and September, witness the largest variety of wildflower species in the world bursts to life, carpeting the 100km-long horizon in vibrant shades. Klipsringers, Cape Zebra, Lynx, Leopard, Cape Fox and African wild cats leap between the lands, keeping interests and attentions soaring. But it’s the ‘Little 5’ I’m tracking.

Long before Bushmans Kloof wellness retreat set up its whimsical wilderness reserve deep in the heart of this magical land, this was the ancestral primordial stomping ground of San Bushman tribes, amongst the earliest human inhabitants. Bushman’s Kloof has inherited custodian status of their silent stories, depicted in art, on caves and rocks across the region. 130 extraordinary sites, inscribed using iron oxides and almost 10,000 years old, portray the cultural and spiritual tribal lives. Guided over rocky ridges to a cave site emblazoned in tribal handprints, half the size of modern day hands, we’re surrounded only by silence and epic humbling landscapes. Under the shade of the cave, we also spot the outline of a leopard in the sand. It can’t have been long gone.

Poking a stick into a small hollow in the sand, my guide shows off his skills when an Antlion’s claws scratch the surface to clasp on. The miniscule mottled grey creature is prehistoric-looking. Suddenly we spot the miraculous Rhino Beetle, thumb-sized and donning an impressive horn on its head. It can lift 850 times its own body weight, making it the strongest creature on the planet.

Heading back to Bushmans Kloof (‘Kloof’ meaning ‘valley’ in Afrikaans) is sheer exhilaration. At the end of a 10km winding way through barren wilderness, an optical illusion wondrously rises out of the hazy horizon. It is a marvel of welcome luxury. Entirely ensconced in raw rugged nature, this paradisiacal sanctuary is a refuge in which to retreat, particularly after bouldering, hiking, climbing and game drives of the surrounds. Driven by a philosophy of well being, the Bushmans Kloof raison d’etre is to indulge guests in the best of both the awesome surroundings and transformational relaxation. The Zen is instantaneous.

This article was written by Anisha Shah and originally published on EluxeMagazine.com. Read the original here.

*Image of a road in Cegerberg via Shutterstock