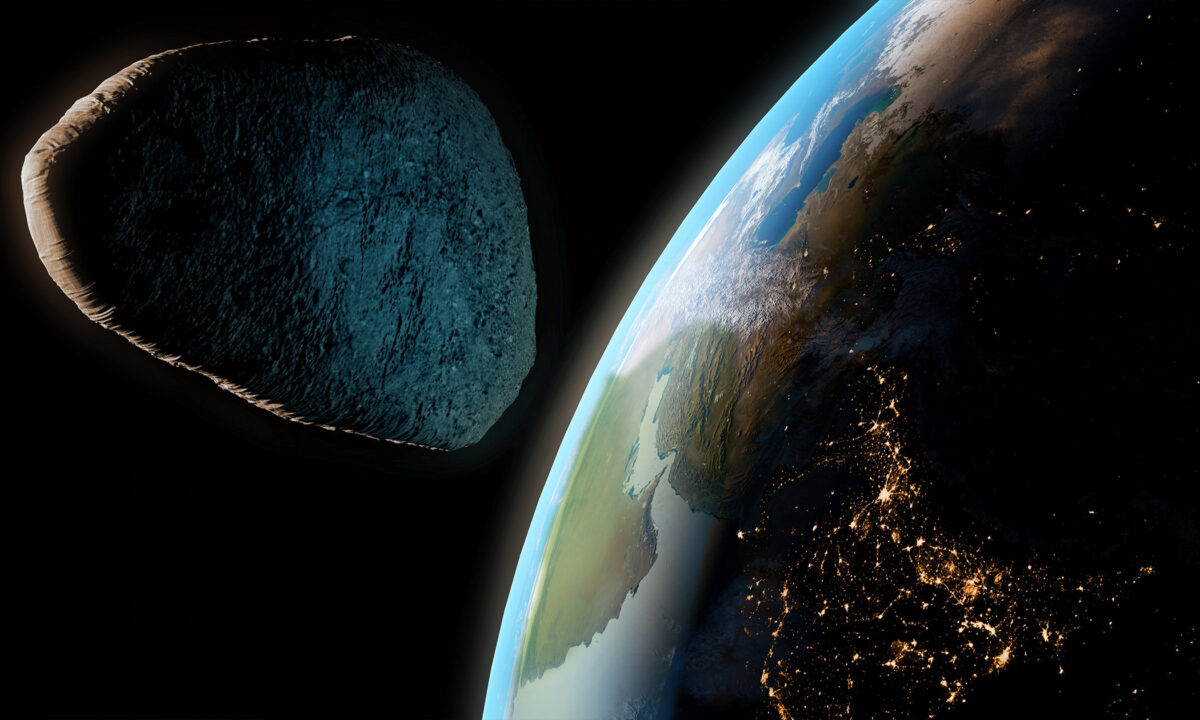 ‘Potentially Hazardous’ Asteroid Bigger Than Empire State Building to Whiz by Earth on Jan 18—Here’s What You Need to Know:

A gargantuan space rock over 2.5 times the size of the Empire State Building is set to whiz past planet Earth on Jan. 18, 2022—not unlike the one that, some theorize, put an end to the dinosaurs some 65 million years ago. But fear not! Despite the object’s official NASA designation as “potentially hazardous,” the careening megaton asteroid poses little threat to us terrestrials.

Asteroids are minor planets or astronomical objects, mostly irregularly shaped rocks, that orbit our Sun (or other celestial bodies) like unresolved planets, while lacking the characteristics of a comet with a tail. This particular approaching asteroid was cumbersomely dubbed “Asteroid (7484) 1994 PC1” after the date it was discovered—Aug. 9, 1994—by Robert McNaught at Australia’s Siding Spring Observatory.

As for the object’s potentially apocalyptic size, Asteroid (7484) 1994 PC1 measures around 3,280 feet across (approx. 1 km), about the same size as a stadium or three times the size of the Taj Mahal.

This arena-sized boulder orbits the sun at a blistering speed of 43,754 miles per hour and, in fact, has made regular “close” approaches with the Earth throughout history. On Jan. 18, the space rock will be its closest to our planet since 1933, and won’t be this near again for another 200 years. The monolithic mass will, however, pass by some 1.2 million miles from our planet, roughly 5.15 times the distance from Earth to the moon, making for an unnerving flyby.

Although Asteroid (7484) 1994 PC1 (apparently) poses little to no danger to Earth’s inhabitants, NASA nevertheless categorized the object as a “potentially hazardous asteroid” (PHA), which is defined by having an orbit intersection minimum distance of 0.05 au (astronomical units) or less. Our coming visitor easily qualifies with a minimum orbit intersection distance of 0.01325 au (equal to the said 1.2 million miles).

So, now that all fears have been set aside (right?), here’s how you can catch a glimpse of Asteroid (7484) 1994 PC1. With a brightness of “magnitude 10,” the astronomical object, on Jan. 18, at 4:51 p.m. EST, may be viewed using a simple 6-inch or larger backyard telescope, according to earthsky.org. Pinpointing the relatively fast-moving object amidst the night sky could pose a challenge, however.

Up for some star tracking?

Catching a glimpse of this would-be bringer of cataclysm and destruction may prove out of reach for all but elite stargazers; yet certainly anyone can poke around online and find a livestream or a few shots posted by seasoned astrophotographers across the globe. At a minimum, you can take comfort knowing we won’t have to worry about another possible mass extinction event from this asteroid for another two centuries.