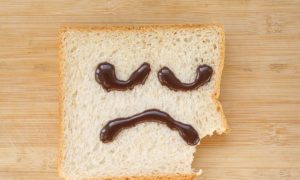 Is Eating Wheat at the Root of Your Depression?
0
Share Now
TelegramFacebookTweetEmailTellMeWeReddit
Copy Link
Health News

Postnatal Depression Is a Continuation of Existing Mental Health Problems

Postnatal depression affects around one in six mothers. In this sense, it’s the most common complication of pregnancy.

The effects of postnatal depression on children’s emotional development can be profound. These children have more mental health and behavioral problems as they grow up. And in low-income countries, the effects of maternal depression extend to higher rates of childhood stunting and physical illness.

Postnatal depression has always been seen as different than other mental health problems. That thinking dates back to the mid-19th century, when French psychiatrist Louis Victor Marcé published a monograph on the “madness of pregnant women.” He introduced the idea that the postnatal period is one of higher risk for mental health problems.

History of Depression Puts Women at Risk for Diabetes During Pregnancy, Study Finds

Our research paper, published in The Lancet, shows that, overwhelmingly, perinatal depression is a continuation of mental health problems from earlier in life. This provides one of the most comprehensive pictures of mental health from the second to the fourth decade anywhere in the world.

The new research draws on a Victorian study that tracked adolescents across 25 years. We contacted 1,000 women participants every six months between the ages of 29 and 35 and enrolled 384 women with 564 pregnancies.

To assess the women’s depressive symptoms, we interviewed them by phone at 32 weeks gestation, eight weeks after birth and 12 months after birth, using the Edinburgh Postnatal Depression Scale.

Mental health problems of some kind were very common among these women in their teens and young adult years. Almost two-thirds of these female participants had some sort of mental health problem in the 15 years before the study began.

Most (85 percent) of the women with high levels of perinatal depressive symptoms had a history of mental health problems from before pregnancy. For the great majority, these problems were long-standing, across their teens and twenties.

For those with no mental health problems before pregnancy, the risks were around one in 12.

So clearly, other factors in these women’s lives—their relationships, their stresses, and their emotional resilience—make a big difference.

Existing responses to maternal depression have focused on identifying women as they become depressed and intervening to provide support, counseling or, in some instances, medication. This has had mixed success.

Australia can be proud of the investments that it has made in promoting child development across the early years of life. Yet the foundations for future parenthood are laid in the teen and young adult years. These are increasingly hazardous for mental health and social adjustment. They are also years where we have failed to develop coherent policies to promote well-being.

If we want the best possible start to life for mothers and children, we need to support and invest in the mental health of young people in the years leading into a first pregnancy—their teens and twenties.

George Patton is a professor of adolescent health research at the University of Melbourne in Australia. This article was originally published on TheConversation.com. Read the original article.