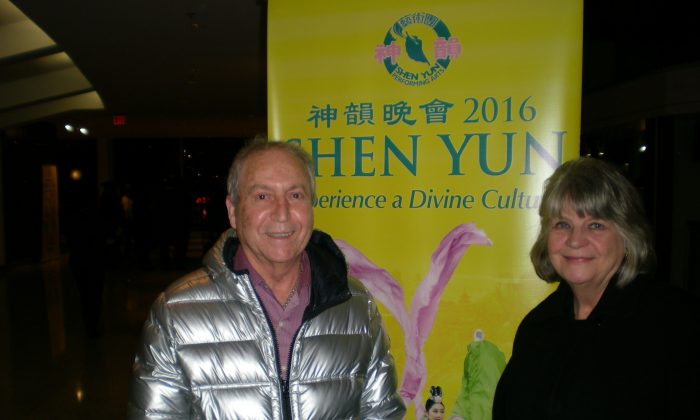 Portuguese Chef: Shen Yun Performers ‘Put all of their souls in what they do’

VANCOUVER, Canada—For Ceasar Correia, exploring and appreciating cultural diversity is something he holds dear. As the former owner of April in Portugal, one of Vancouver’s finest Portuguese restaurants, he opened his doors to the array of ethnicities that make up Vancouver’s multicultural society. His restaurant was a hub of cultural exchange and many VIP’s made their way through its doors to dine on authentic Portuguese flambe.

“I had lots of clientele, like VIPs here in Vancouver. The general manager of the Four Seasons was a steady client and he always brought people from different parts of the world,” he said.

“I’m an immigrant myself so I like to get involved with different people from different parts of the world.”

Nothing had prepared him for just how much he would enjoy the Shen Yun performance on Friday evening at Vancouver’s Queen Elizabeth Theatre.

“Outstanding. It’s worth every penny,” he said. “It’s so artistic and the colours are so beautiful. They are so elegant.”

Shen Yun Performing Arts has been visiting Vancouver yearly since 2007 and the New York-based group has been developing a steady fan base, of which Mr. Correia is one. “I would [want to] see this again and again and again,” he said. “I am very impressed.”

His companion Carolyn Willmore was also taken with the show, especially with the broad expanse of the performance.

“I liked that the program showed all pockets of China, from Mongolia to Tibet and beyond. I was just wowed the whole time,” she said.

Both were impressed with the calibre of the dancers and Mrs. Willmore especially enjoyed what she described as the “childlike wonder” of the dancers.

“They were just so expressive, so joyful and energetic,” she said. “Nobody was tired after doing leaps, shoulder-high, twirling around like acrobats. It was just totally amazing. I learned to appreciate the spirit of the whole thing.”

“They are very professional in whatever they do,” added Mr. Correia. “They put all of their souls in what they do.”

Another aspect of Shen Yun’s performance is the inclusion of a digital backdrop that interacts with the dancers to create a unique visual effect that ties the action onstage with landscapes and scenes from China’s history.

“I thought that the sets were very inventive,” said Mrs. Willmore.