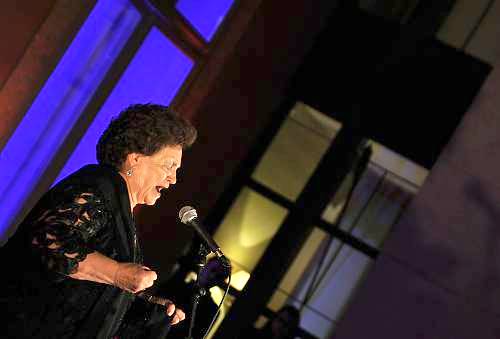 The origin of Lisbon, capital of Portugal, is shrouded in mist. The name itself comes from “Allis-Ubo,” meaning safe harbour. The city had been occupied by many invaders until the Crusaders conquered Lisbon in 1147. It is the oldest city in Western Europe.

UNESCO lists five items as cultural activities that are representative of the country’s Intangible Cultural Heritage of Humanity. The one many people know about was the first Portuguese treasure to be put on the UNESCO list: Fado, the “urban popular song of Portugal.”

Fado incorporates music and poetry and “represents a Portuguese multicultural synthesis of Afro-Brazilian sung dances, local traditional genres of song and dance,” and the musical traditions brought by wave after wave of internal immigration as well as the cosmopolitan songs of the early 19th century, according to UNESCO. The songs are usually performed by one person, either male or female, accompanied by an acoustic guitar and a “guitarra,” a pear-shaped cittern with 12 wire strings unique to Portugal.

The instruments have been expanded to include two Portuguese guitars, a guitar, and a bass guitar when fado is performed professionally, although this soulful music is also performed in small “fado houses” in Lisbon. It is seen as a symbol of Portuguese identity.

The next to be included on UNESCO’s list is one shared by other countries—it is the Mediterranean Diet, also included in the list covering Cyprus, Croatia, Spain, Greece, Italy, and Morocco.

This way of eating involves a set of “skills, knowledge, rituals, symbols and traditions concerning crops, harvesting, fishing, animal husbandry” as well as conservation, processing, cooking and the way families get together to eat. Eating together is “the foundation of the cultural identity and continuity of communities throughout the Mediterranean basin.”

The Mediterranean way of eating emphasizes hospitality, “neighbourliness, intercultural dialogue, and creativity,” UNESCO says. It is a way of life that respects diversity and plays a vital role “in cultural spaces, festivals and celebrations, bringing together people of all ages, conditions and social classes.”

It is interesting to note that it includes the “craftsmanship and production of traditional receptacles for the transport, preservation and consumption of food, including ceramic plates and glasses.” Markets play a role as “spaces for cultivating and transmitting this way of eating during the daily practice of exchange, agreement, and mutual respect.”

“Cante” is a type of singing popular in southern Portugal, especially in Alentejo. It is two-part singing performed by amateur choral groups with “distinctive melodies, lyrics, and vocal styles” sung without instrumentation.

Groups are made up of as many as 30 singers divided into groups. The “ponto” in the lower range, starts off followed by the alto, in the higher range and duplicates the melody a third or a tenth above, sometimes adding lyrical ornaments. The entire choir takes over, “singing the remaining stanzas in parallel thirds.” The alto is the guiding voice.

There is a vast repertoire of traditional poetry set to “existing or newly created melodies.” The lyrics are usually about rural life, nature, love, motherhood and religion as well as “changes in the cultural and social context.” Canto permeates social gatherings in both public and private spaces. Transmission occurs at “choral group rehearsals between older and younger members.” It provides a strong sense of identity and belonging and “reinforces dialogue between different generations, genders and individuals from different backgrounds.”

This listing was inscribed on the List of Intangible Cultural Heritage in Need of Urgent Safeguarding. The Portuguese cowbell is an “idiophone percussion instrument with a single internal clapper.” It is usually hung on a leather strap around the animal’s neck. Shepherds are thus able to find and control their livestock because the bell makes an unmistakable sound in rural areas.

Made by hand from iron, the bells are cold-hammered and folded on an anvil until it is cup-shaped. “Small pieces of copper or tin are set around the iron and enveloped in a mixture of clay and straw.” Firing is next, and the bells are then plunged into cold water. The burnt clay is finally removed, the copper or tin cover is polished and the “tone of the bell is fine-tuned.”

The knowledge of the age-old techniques involved is transmitted within the family from father to son. The main centre for the manufacture of such bells is Alcacovas. People are very proud of their heritage. Because of new grazing methods, however, the need for shepherds is dying. At present, according to UNESCO notes, there are only 11 surviving workshops and 13 cowbell makers.” Nine are over 70 years old.

Falconry is another on Portugal’s list, but this intangible cultural heritage is shared by other countries, such as Czech Republic, which I previously wrote about in “Cultural Survivors in Czech Republic.”

The manufacture of Bisalhaes black pottery is also on the List of Intangible Cultural Heritage in Need of Urgent Safeguarding. The area is known in Portugal as “the land of pot and pan producers” or where black pottery is made. The ware is designed for decorative and cooking use. The village’s coat of arms is an important feature and part of the community’s identity.

Old methods are still used to create pieces resembling antique ones. Several steps are involved. “First, the clay is crushed with a wooden hammer in a stone tank before it is sifted.” Water is then added and the mass is kneaded and formed, using various laths, then “smoothed by pebbles, decorated using a stick and finally fired in a kiln.”

The division of work has evolved over time with men assigned to labour-intensive clay preparation and women doing the decorating. The clay is now “sourced from local tile factories instead of being extracted from pits.” Kinship ties are the way the process is transmitted but this practice seems to be in great danger of dying due to the diminishing number of people who know how it is done and waning interest from the younger generation.