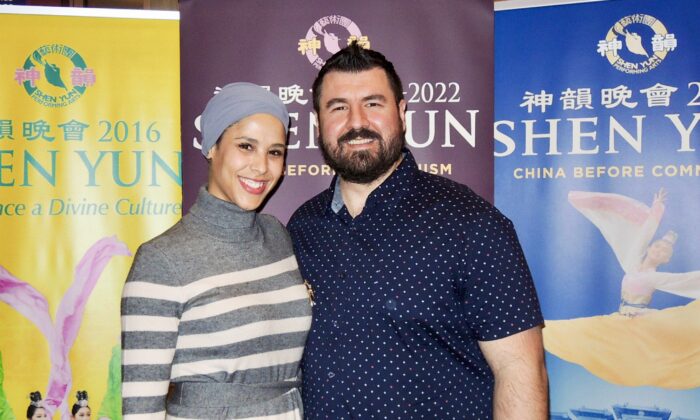 PORTLAND, Ore.—Out of all the civilizations in the world, China is one of the oldest and has one of the most continuously recorded histories. Despite the Chinese Communist Party’s (CCP) attempts to destroy it over the past 70 years, Shen Yun Performing Arts is reviving Chinese culture and allowing people around the world to recognize that the CCP is not China.

“I’ve always been taught to keep that old tradition alive, no matter what is new, you always want to have a memory and learn and pass it on from generation to generation, because that’s ultimately what created the people. And if that goes away, you will lose the people,” said Nassira Filipovic, an interior designer.

She expressed her support for Shen Yun‘s efforts in reviving Chinese culture.

“So I fully support this kind of culture expression around the world and maintaining it within China itself. I think it’s absolutely vital to maintain China as a whole over thousands of years of history,” said Filipovic.

Shen Yun is based in New York and while most of its dances feature classical Chinese dance, its artists are also trained in the different ethnic dance styles of the different minorities in China.

“My biggest takeaway is the multitude of different aspects of China because China is a huge country, and it has so many aspects of culture in every region,” said Filipovic. “This experience brought everything together in one setting. So we got to experience a little bit of China—thousands of years in one setting.”

As an interior designer, she couldn’t help but notice and be inspired by the colors and patterns that Shen Yun used.

“I’m already thinking about some aspects I can introduce into some of my designs in the future for sure. You guys nailed it,” she said.

Ms. Filipovic’s husband, Nadan Filipovic, an associate nurse manager, shared that he was impressed with Shen Yun’s ability to express and tell stories without the use of dialogue.

“I think this was a very wonderful experience overall, I think [it] introduces culture that I’ve never seen before. So it was just really nice to see a different part of the world. [We] experienced the most beautiful part of it, which is spoken through music, and not so much through language. Because I think music on its own is a language and it speaks a lot more than just words,” said Mr. Filipovic.

Shen Yun’s orchestra features traditional Chinese instruments like the pipa and Chinese percussion. The two-stringed erhu is also highlighted during the performance.

“My favorite part was the instrument that the lady was playing with two strings. That was gorgeous,” said Ms. Filipovic. “It’s amazing that with only two strings and the way she was playing, I felt so many feelings and emotions.”