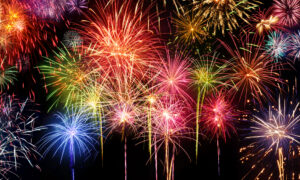 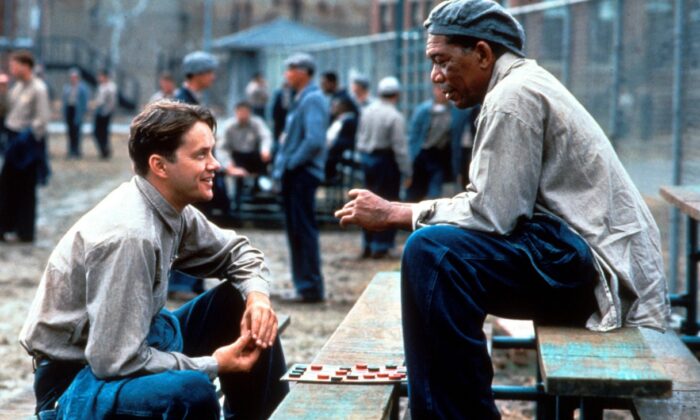 Popcorn and Inspiration: ‘The Shawshank Redemption,’ a Prison Drama With Hope

Like a handful of classics that came before this film—“The Wizard of Oz,” “It’s a Wonderful Life,” “Citizen Kane,” “Vertigo”—“The Shawshank Redemption” was a box office failure upon initial release. Yet, for the better part of the last 25 years, it’s been ranked No. 1 on the imdb.com Top 250 list and is on many critics’ all-time Top 10 lists. In the interest of full disclosure, it’s No. 6 on my all-time Top 10.

In retrospect, the odds were stacked against the movie before it even left the gate. The title is clunky and offers no insight into the story. The story itself isn’t what most people consider to be appealing. Although leads Tim Robbins and Morgan Freeman were well-known to audiences, neither was (at the time) considered a guaranteed draw. The long running time, near-absence of female characters, and lack of action certainly didn’t help, and few audiences had ever heard of first-time director Frank Darabont.

The Most-Rented Home-Video Title in the US in 1995

Ten weeks after opening, the film had grossed a paltry $16 million domestically and, despite universal critical acclaim, was considered a colossal bomb. Things started looking up in early 1995 when the movie received seven Oscar nominations, including for Best Picture. A theatrical re-release soon followed and, along with a significant foreign box office take, the final worldwide gross hit a still-disappointing $58 million.

In hindsight, the Warner Bros. decision to ship over 300,000 VHS tapes to rental chains in the spring was a huge gamble, but the Academy Award boost and strong word of mouth eventually resulted in the film’s becoming the most-rented title in the United States in 1995. Over the last quarter-century, it has played on 15 different basic cable channels. Tack on what sources at Warner Bros. have estimated at $80 million in home video sales, and the result is one of the most impressive aftermarket performances in movie history.

Frequently compared to “Cool Hand Luke” (1967) and “One Flew Over the Cuckoo’s Nest” (1975), “The Shawshank Redemption” at its core is a story about resisting, yet perhaps not quite vanquishing, an oppressive authoritarian monolith. While the two leads in the previous films were clearly guilty of crimes to which they readily admit, former banker Andy Dufresne (Robbins) steadfastly claims that he did not murder his unnamed wife and her golf-pro lover.

Andy arrives at Maine’s Shawshank prison in the late 1940s. Red (Freeman), a convicted murderer and procurer of outside contraband, sizes him up and doesn’t think much of him. He bets his small circle of inmate friends that Andy will crack under pressure his first night. This doesn’t happen, and the two men slowly develop a bond that lasts decades.

In adapting the Stephen King novella “Rita Hayworth and Shawshank Redemption,” Darabont doesn’t stray far from the source material, except to change the fates of three supporting characters. This significantly alters the tone of the narrative. The stakes become much higher, the viewer’s emotional investment richer, and the individual outcomes far more throttling and visceral.

What Darabont wisely didn’t alter was the narration from Red. Through him, viewers meet secondary and peripheral characters which, in a traditional format, would have taken dog years to address. Unlike in print, in the wrong hands film narration can come off as fussy, overindulgent, and intrusive. Freeman’s honey-drenched, voice-of-God baritone becomes a soothing balm. The commentary becomes a spiritual ointment that doesn’t replace live action but rather augments and deeply enhances it.

The leisurely pace of the film, especially in the second act, is thoroughly fitting for a character-driven prison drama spanning nearly three decades. This does and will strike some viewers as tedious, which might have been part of King’s and Darabont’s ultimate intent. The drudgery of a monotonous daily routine takes place within the confines of a facility designed to crush the soul and remove all glimmer of hope under the guise of rehabilitation and is not meant to be experienced at a quick clip.

This deliberate approach to storytelling rewards patient audiences. In scene after scene, Darabont leads us down one path only to switch gears and deliver the unexpected. We’re reasonably sure the story is headed to a cathartic conclusion. We want the story to live up to the last word in the title, but it’s never made clear or spoon-fed.

Through hindsight and repeated viewings, audiences will appreciate the care and thoughtfulness Darabont poured into the screenplay. Foreshadowing, abundant clues, and towering character arcs all contribute to the methodical mission of Andy Dufresne. Beginning as a babe in the woods, Andy becomes an involuntary leader, a father figure, and even an ally of sorts to his demonic oppressors. He’s a steadfast humanitarian in a place where humanity barely exists.

The only times when Andy and Red lock horns are when the former discusses the need to keep up hope. Andy maintains it’s the only thing that can’t be taken away, while Red argues that it is dangerous as it leads to more misery and unfulfilled pipe dreams.

Whatever the audience perceives as a lack of payoff and/or reward in the first two hours is more than compensated for in the final 20 minutes. The remaining story threads are resolved, and karma is duly administered. Darabont delivers an ending so poetic, so uplifting, and so heartwarming, it will move you to tears.

Originally from Washington, D.C., Michael Clark has written for over 30 local and national film industry media outlets and is ranked in the top 10 of the Atlanta media marketplace. He co-founded the Atlanta Film Critics Circle in 2017 and is a regular contributor to the Shannon Burke Show on FloridaManRadio.com. Since 1995, Mr. Clark has written over 4,000 movie reviews and film-related articles.