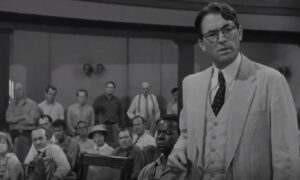 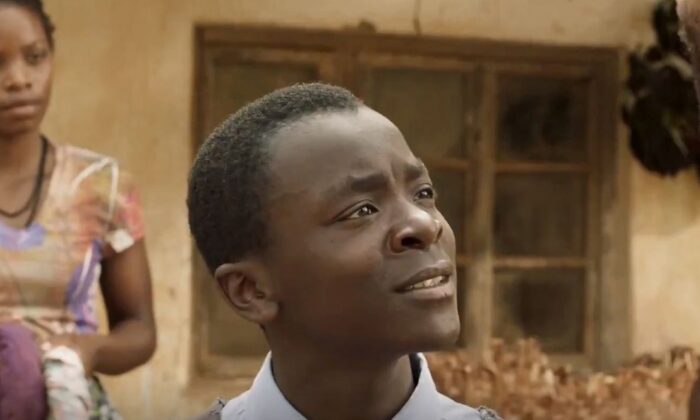 William Kamkwamba (Maxwell Simba, C) earnestly wants to save his village from starvation, and he has an idea about how to do that. (Netflix)
Film Reviews

Popcorn and Inspiration: ‘The Boy Who Harnessed the Wind’: A Sobering, Uplifting Film

Life as a farmer can be unpredictable and sometimes fraught with catastrophe, especially in third-world countries. There, if a particular crop season fails due to drought or other adverse conditions, the farmers can’t simply go and buy rations using their savings. Instead, things can quickly spiral out of control.

This is firmly evidenced in the 2019 TV film “The Boy Who Harnessed the Wind,” which is based on a true story. The film also functions as the directorial debut of actor Chiwetel Ejiofor, who also stars in it.

It’s set in the village of Wimbe in the Southeast African country of Malawi, where a young boy, William Kamkwamba (Maxwell Simba), lives with his father, Trywell (Chiwetel Ejiofor), his mother, Agnes (Aïssa Maïga), and sister, Annie (Lily Banda).

William is a brilliant kid with a particular fascination of engineering and electricity. When he’s not doing chores around the house, he has a side business of fixing radios for local folks. He also likes to sift through junkyards with his bosom buddy Gilbert (Philbert Falakeza) for anything valuable he can use for building materials.

William does OK in school and could do better, but he can’t do his homework too well in the dark. His family uses what little kerosene they have for more critical things.

He soon discovers that his science teacher, Mr. Kachigunda (Lemogang Tsipa), is having a secret relationship with his sister, Annie.

The Kamkwambas are doing all right financially, so much so that they can even afford to send William to school. Soon, however, many of the villagers begin to sell their trees to a company interested in harvesting them. Trywell does his best to prevent this from happening but the allure of fast money is too much for villagers, and soon the company’s timber workers are hacking down trees left and right.

Trywell had warned everyone against selling their trees because without them to act as a bulwark against rainwater, the farmlands around the village would flood. Of course, eventually, the rains do come and his warnings become reality.

The flooding sets off a chain reaction that leads to crop failure. Once the floodwater evaporates, the land becomes desiccated and worthless for planting crops, which in turn results in widespread famine.

As things deteriorate in the village, Trywell tells Agnes that he has to travel to a nearby city and join food shortage protests against the government, much to her consternation. Just after he jumps into the back of a pickup truck with other men headed for the city, a village man, desperate for food, invades the Kamkwambas’ home and steals the food inside—literally grabbing a large bowl of it out of Annie’s hands. Soon after, other starving folks loot the backup rations from their food storage shed.

But as Trywell leaves the village behind, he notices as they travel that pandemonium is breaking out everywhere and gets the driver to turn back. After the looting subsides, their predicament starts to sink in: The family has no food and no potential crops to harvest.

But William has an idea. Although he can no longer attend school due to his parents’ sudden inability to pay for it, he’s been sneaking into the library to study by blackmailing Mr. Kachigunda. (He threatened to expose his relationship with Annie.) While there, he learns how to harness the wind to generate electricity.

Using some of the materials he’d scrounged from the junkyards, William manages to make a small (as in handheld) prototype of a wind turbine and gets the thing to work. He believes that he can construct a larger one that can link up to another contraption that could provide irrigation using their local well as the water source. The only thing is, he’d have to break down his father’s most prized possession for materials—his bicycle—and pops isn’t exactly thrilled about that idea.

A rift between father and son had been building for some time. Although Trywell did pay for his son’s schooling, the father knows and sticks to the traditional ways of farming and has always preferred that his son follow in his footsteps.

Now, because of their desperate circumstances, the rift turns into a chasm. With father pitted against son, the family’s outlook seems bleak. Will they be able to come together in time to realize William’s plan?

One takeaway from this film is the realization of how much third-world families rely on agricultural seasons for sustenance and their very lives. Many are just one bad crop away from destitution or worse. It also illustrates that things we usually take for granted, such as Trywell’s bicycle (which provides increased mobility), are treasures elsewhere.

In all, “The Boy Who Harnessed the Wind” is an outstanding, sobering, and ultimately uplifting film.