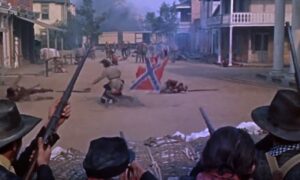 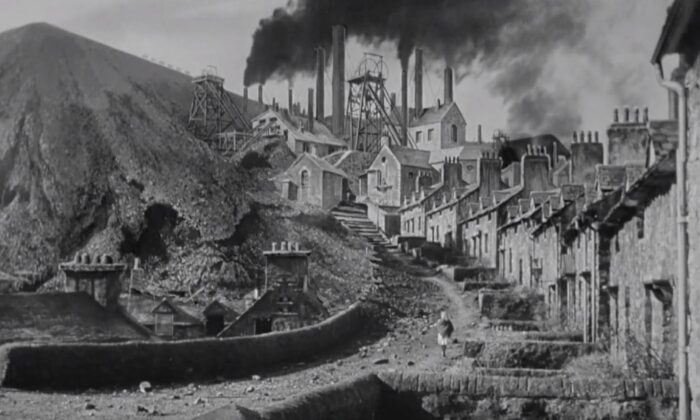 The opening shot of the film “How Green Was My Valley” paints a dismal image of a once thriving village. (Twentieth Century Fox)
Film Reviews

Popcorn and Inspiration: ‘How Green Was My Valley’: Director John Ford’s Ode to Faith and Family

Although I’d heard about the 1941 film “How Green Was My Valley,” I’d never gotten around to watching it. But ever since I’ve embarked on my recent one-man “John Ford Cinematic Appreciation Tour” (yes, I just made that up) adventure, I knew it was only a matter of time before I would be pulled into its warm embrace. After watching the film, I’ll say that it reminds me of how versatile the legendary director was, despite often being minimized to the role of filmmaker of Westerns.

As a filmmaker myself, I understand that one of John Ford’s gifts lay in picking the right cast and crew for his productions. In this case, it was screenwriter Philip Dunne, who adapted author and playwright Richard Llewellyn’s immensely popular book of the same name (first published in 1939). Dunne’s brilliant adaptation is paired with one of the masters of black and white cinematography, Arthur C. Miller, with Ford’s vision (along with producer Darryl F. Zanuck), and an uber-talented cast to create a cinematic masterpiece. This is evidenced by one of the most beautifully poetic film openings in filmmaking history.

We see Huw Morgan, older in age, as he collects his meager belongings together. His departure is narrated: “I am packing my belongings in the shawl my mother used to wear when she went to the market. And I’m going from my valley. And this time, I shall never return.”

As the man walks out of the village, through the narration and shots of the ash-covered hills surrounding it (the village is in a valley, after all), we sense that it must have been beautiful once upon a time.

Then, we’re suddenly whisked back in time to when Huw was a young lad of 10 (young Roddy McDowall) as he recounts his idyllic childhood. Miller’s sweeping shots are sumptuous, and as Huw is guided around the rolling green foothills surrounding his village (before the coal mines ruined them) by his loving father, Gwilym Morgan (Donald Crisp, “Mutiny on the Bounty,” “The Dawn Patrol”).

Gwilym, still strong as an ox, walks home proudly with his sons at the ends of every work day, along with a stream of fellow sooty miners. As they shamble down from the mines, they break out into beautiful old Welsh song—a hymn, “Bread of Heaven.”

As the men pass through their home’s front gate, they drop their earnings into Beth’s apron. The next part of this daily routine involves their going into the backyard to wash off the soot before coming together at the dinner table and praying before digging in.

Trouble first shows up when the miner’s wages get cut and the oldest boys want to join a union. Pops, a staunch traditionalist, isn’t keen on that idea. But one evening, during dinner, the brothers confront him. The eldest brother, Ivor, caps off the dramatic showdown by saying that the brothers aren’t questioning the head of the household’s authority—while obviously questioning his authority. As a result of the family fracas, the boys move to separate lodgings in the village.

Some of the other villagers aren’t happy with Gwilym’s stubbornness, and tensions run deep for a while. But when certain forces start to threaten the family, Beth takes things into her own hands and, in a powerful scene, lets those forces know that she won’t have any of it. Meanwhile, the local preacher, Mr. Gruffydd (Walter Pidgeon), tries to find a middle ground between the factions.

From there, the family (and villagers) endure many trials and tribulations—various ups and downs that test their resolve and family ties. But through it all, we learn about the strength of conviction in doing the right thing and helping those most in need—especially when “those” happen to be your family, friends, and community.

“How Green Was My Valley” is one of the finest family films I’ve seen; it showcases what can be accomplished with an exceptionally strong cast and with brilliant “outside-the-box” filmmakers. The film confronts touchy subjects but ultimately uplifts viewers by focusing on the importance of faith and family.