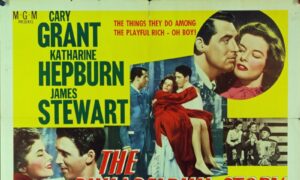 Popcorn and Inspiration: ‘The Philadelphia Story’: A Witty Romantic Comedy With a Deeper Message
0 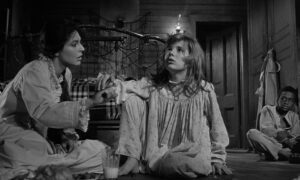 Popcorn and Inspiration: ‘The Miracle Worker’: The Helen Keller Story
0 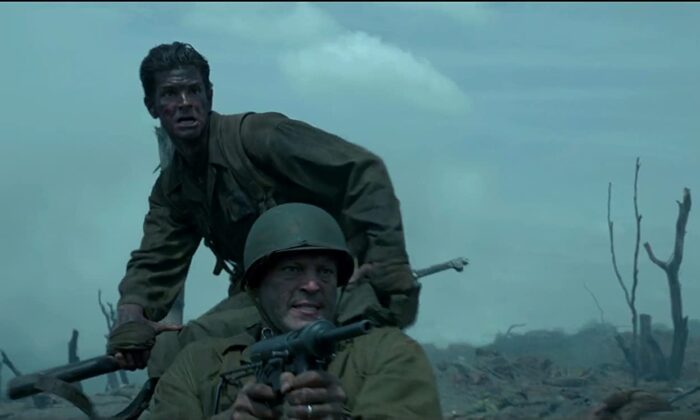 Popcorn and Inspiration: ‘Hacksaw Ridge’: Conviction and Selflessness Amid the Horrors of War

The film follows the real-life heroics of Desmond Doss (Andrew Garfield), who was patriotic enough to enlist in World War II but who wouldn’t touch a rifle because of his rock-solid religious beliefs as a Seventh-day Adventist.

The film opens in small-town Virginia, where we see Doss’s tumultuous family life (the young Doss is played by Darcy Bryce), complete with alcoholic father Tom (Hugo Weaving), who when drunk abuses Doss’s mother, Bertha (Rachel Griffiths). In one touching scene, the young Doss asks his mother why his father hates the family, and she remarks that he doesn’t hate them; he hates himself. Later, it is revealed that Tom is suffering from issues related to his service during World War I.

Despite this, Doss and his brother Harold “Hal” (Nathaniel Buzolic) volunteer for military service. (Desmond joins the Army as a combat medic, while Hal enlists in the Navy.) Doss falls for a local nurse, Dorothy (Teresa Palmer), who isn’t too happy to see her new beau sign up for military service. Knowing what a kind soul Doss is, she marries him before he is shipped off to basic training at Fort Jackson, South Carolina.

Needless to say, Doss’s religious beliefs and open passivity toward violence don’t go over too well with either his superiors or his peers. To them, his status as conscientious objector is viewed as cowardly.

Doss endures beatings and unfair cleaning duties because of his beliefs, but somehow he manages to persevere despite the constant abuse—even when faced with an eventual court martial. His father manages to sober up enough to pull a last-minute favor for Doss, which spares him the court martial.

The second half of the film is mainly set in the titular location on the island of Okinawa. Doss and his unit, part of the 77th Infantry Division, have to climb a sheer 400-foot-high cliff using some thick cargo netting that has been established there. If that isn’t exhausting enough, when they manage to get to the top, they are almost immediately attacked by the Japanese soldiers, who have already dug in. Soon it’s a blood-drenched plateau.

Through their valiant efforts, Doss’s platoon begins to make some ground against the Japanese. However, the Americans soon discover that they’ve underestimated the number of enemy soldiers they’re facing when it is revealed that their foes have tunnel networks running underneath the ridge. In one spectacular scene, the Japanese mount a massive Banzai Charge (human wave attack) that pushes the Americans back to the edge of the cliff.

In spite of this setback, Private Desmond Doss selflessly scuttles back and forth between the cliff side and battlefield, saving the lives of 75 wounded American soldiers (as well as a few Japanese soldiers for good measure). He managed this amazing feat without ever touching a gun. Well, that’s not entirely true: He does grab a rifle and roll it up into a blanket in order to transport his wounded direct superior, Sergeant Howell (a game Vince Vaughn), out of danger.

The film does a great job of conveying the horrors and tragedies of war. In fact, the combat scenes are almost a little too gratuitous in some parts. Personally, I felt the romantic subplot was so well done that it was too bad Teresa Palmer wasn’t given more screen time. (She’s a fantastic actress.)

The rest of supporting cast of “Hacksaw Ridge” is excellent as well, and it’s entertaining to see the idiosyncrasies of Doss’s unit. Although when push comes to shove, they perform their duties (and then some).

Gibson regards Desmond Doss with the utmost respect—and rightfully so. It’s not every day that we get to see an unabashed display of conviction and selflessness in a single human vessel.