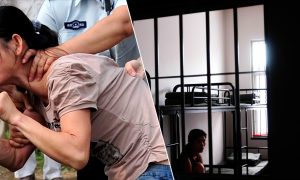 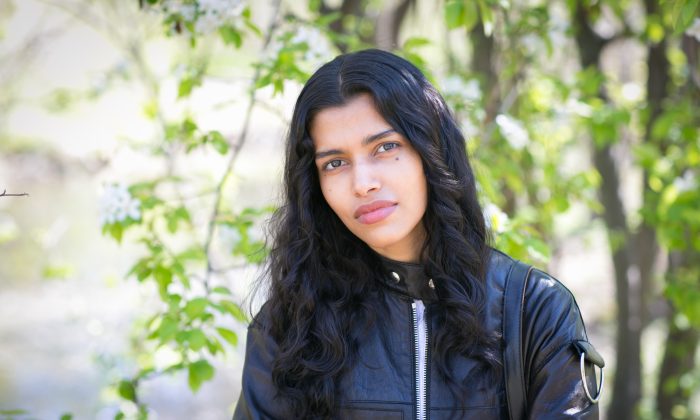 Pooja Mor on Modeling Life, New York, and What Keeps Her Grounded

Fashion modeling, as one might imagine, is not for the fainthearted. It is a world where one has to walk the line between open self-expression and mystery, between being a blank canvas and the total embodiment of a brand’s look, and above all else, being fearless with just the right amount of vulnerability.

If one had to create such a creature, it would sound like a tall order. Yet New York-based Indian model Pooja Mor is all that and quite a lot more.

After being scouted—via Instagram—by the folks over at Louis Vuitton, many other major brands followed. She’s walked and posed for Stella McCartney, Givenchy, Calvin Klein, Alexander McQueen, Tory Burch, Narciso Rodriguez, Roberto Cavalli, Missoni, Jill Stuart, and Elie Saab. She was not just catapulted to runways and magazine covers, but as a figure of diversity for fashion fans.

If you can really live every second, you will really feel the beauty of life on a much deeper level. Follow your destiny and be grounded in yourself.
— Pooja Mor

Soft-spoken, humble, and wise, Mor recounted the quirky twist of fate that thrust her into the limelight and launched her career in a conversation with this Epoch Times reporter in Chelsea, Manhattan.

In college, where Mor studied computer engineering, she got involved with a modeling hunt in the city of Ahmedabad called Fresh Face—as an organizer.

But as the crowd became increasingly rowdy, cheering for the contestants, she stepped on stage to curb their enthusiasm so that the event could continue smoothly.

Instead of heeding her request, the venue resounded to the name of Pooja!

It turns out her friend had submitted her name as one of the contestants as a joke.

The judges asked her to showcase her talents and, on the spur of the moment, Mor decided to simply walk, stopping at the end of the stage to do a turn and some “funny” poses.

To cut a long story short, to Mor’s great surprise, she turned out to be the “fresh face” they were looking for and won the contest.

Her first modeling stints, during Fashion Week in Delhi and then in Mumbai, gave her a taste of things to come, although she didn’t foresee that her next job would land her in Bob Hope’s futuristic house in Palm Springs where she modeled the Louis Vuitton Resort collection just last May.

It has been exactly one year since Mor decided to call New York home—or at least, a home away from home. Yet dressed in skinny jeans, a black leather jacket, and comfy lace-up boots, she looks the part of a New Yorker, except that she wears no make up.

“New York is the easiest city to live in because everybody is from everywhere and there’s a common language as well. And there are so many options for everything,” she said, speaking softly.

A day off means going to see Bollywood movies with friends, cooking and eating Indian food, trips to the library, walking in Central Park, and going to Brooklyn to relax and explore outside Manhattan.

She returns to India to de-stress from the crescendo of engagements that culminate around fashion weeks, then comes back again to the energy hub that is New York.

Mor credits her seamless adjustment to the high pressure world of fashion to always maintaining a positive attitude—the rest “flows from that,” she said, including her “runway face.”

“You need to have a lot of confidence to walk in front of so many people and they’re looking at every single inch of you,” she said, punctuating every word. “Even if it’s for 30 seconds, you really feel it. I have good thoughts.”

What also helps is the fact that Mor studied Indian classical dance in the Kathak (storytelling) style from the time she was a child, performing onstage in full costume and makeup.

“People notice that I move differently. I think dancing helped me a lot,” she said.

Mor discussed her career, her advice to models who are starting out, and some philosophies that keep her grounded on a daily basis. The interview has been edited for length and clarity.

Epoch Times: What keeps you grounded?

Ms. Mor: I started Falun Dafa two years ago. I always keep some time for myself [in the morning], doing Dafa exercises (meditation) and then Pilates. That time is my time that connects me to myself—to look within. Being born Indian I always did meditation—yoga and meditation, you just do since you’re a kid. My family is so spiritual. That makes me look at life differently.

Ms. Mor: Blake Lively. When I was in India I was inspired when I saw her Gucci campaign, but I also like her style, and the way she carries herself is very beautiful.

Epoch Times: Have you ever been surprised by the way you are captured in a photo?

Ms. Mor: It’s always so amazing to create something so different from what you are, and also to still have the connection of yourself to that.

Epoch Times: What is your beauty routine?

Ms. Mor: I don’t use soap on my face, I just rinse with water and I use coconut oil—it’s great for your skin, and
hair as well.

Ms. Mor: Ideally, [products for] hair, and any natural, organic skin care. And makeup is amazing—it can give you so many ideas; you can create so much.

Epoch Times: What would you do if modeling didn’t work out?

Ms. Mor: I would continue with my studies but I’m still looking to find out what I’d like to do my post-gradate studies in. I was preparing to do my MBA [Master of Business Administration] after completing my computer engineering degree, but then I started modeling.

Epoch Times: Favorite place to travel apart from your home town in Gujarat?

Ms. Mor: Paris, I love the city. The first time I went there, I felt like I was walking in a dream. I was really touched, by the architecture. Now I’m used to it, but I still remember the first time; I just walked along the river and the whole city looked so much like a dream.

Epoch Times: If you could time travel, which period would you go to?

Ms. Mor: I can answer it but I will answer it according to Indian culture. I would like to go to the time of Satiyug [Satya Yuga]. It is the time when humans were just born, and it was the first period of time. So [in Indian culture] the periods are divided in four Yugas (ages): Satya Yuga, Treta Yuga, Dvapara Yuga and the last one, Kali Yuga, which is now.

Ms. Mor: Because I always heard about it in stories. At that time, the culture was so deep. [It was a time when] human and gods were very close, and you could talk to any god you want. People didn’t have much pain or suffering. They used to go to the goddess of color to get more colors. There are many TV series about these stories. And you can also read them in the scriptures.

Epoch Times: What do you hope to communicate to the world through your work?

Ms. Mor What I’ve seen here, is how people are always stressed about what is going to happen. I think if you can just let go of that, and just follow your path, it’s easier. So if you can really live every second, you will really feel the beauty of life on a much deeper level. Follow your destiny and be grounded in yourself.

Epoch Times: What about some of the decisions that models are sometimes asked to make?

Ms. Mor: The most important thing is that you should know what you want to do, and you should also know what you don’t want to do. You make your own decision. Sometimes girls do things under pressure, trying to launch their careers. But if you have the talent, your career is going to go well, any which way. Turning down one thing will not stop you from doing a thousand other things.