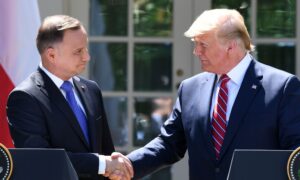 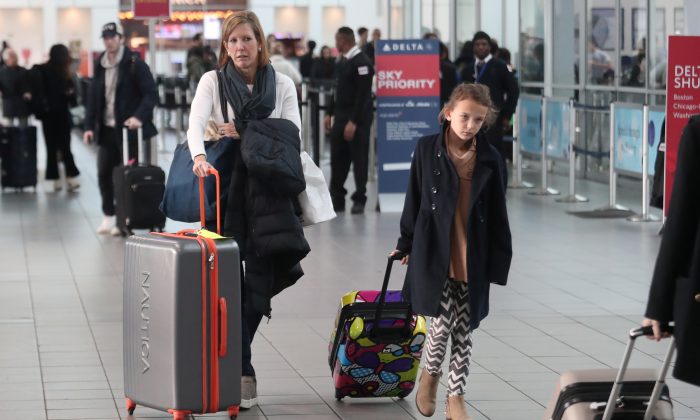 People carry their luggage in the Delta air terminal at LaGuardia Airport in New York on Nov. 20, 2018. (REUTERS/Shannon Stapleton)
US News

Polish Citizens Will Be Able to Travel Visa-Free to US: DHS

Polish citizens will be able to travel to the United States without a visa starting next week, the Department of Homeland Security (DHS) said on Wednesday.

The VWP allows vetted citizens of specific countries to travel to the United States visa-free for up to 90 days at a time. The VWP establishes standards for intelligence sharing related to counter-terrorism and criminal investigations, as well as for secure passport control practices.

“The primary goal of the program is to encourage travel while increasing security,” DHS said in a statement.

“The inclusion of Poland into the Visa Waiver Program is a testament to the special relationship that exists between our two countries, and the ongoing friendship and close cooperation on our joint security priorities,” said McAleenan.

The inclusion of Poland in the VWP will contribute to enhancing security within the North Atlantic area as Poland is also a NATO member.

Under VWP, Polish citizens and nationals will be able to apply online for authorization, valid for up to two years, to travel to the United States for tourism or business purposes.

Poland’s inclusion will take effect on Nov. 11, 2019, the country’s national independence day, which commemorates the restoration of Poland’s sovereignty in 1918 from the German, Austro-Hungarian, and Russian Empires.

According to DHS, 23 million travelers arrived in the United States through the Visa Waver Program in 2017, generating around $190 billion which supported nearly 1 million jobs. It states that as a result of the program, the United States generated a travel trade surplus of $77 billion that year.

The U.S. Travel Association estimates that within the three years of Poland joining the VWP, the number of Polish visits could increase by 97,000 annually, generate about $312 million in spending, and produce“nearly $720 million in economic output and support 4,200 jobs.”

One of the requirements for participation in the VWP is that the number of declined visa applications for a participating country cannot exceed the 3 percent threshold. Poland met that requirement for the fiscal year ending on Sept. 30, DHS stated.