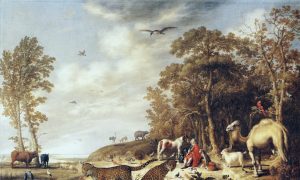 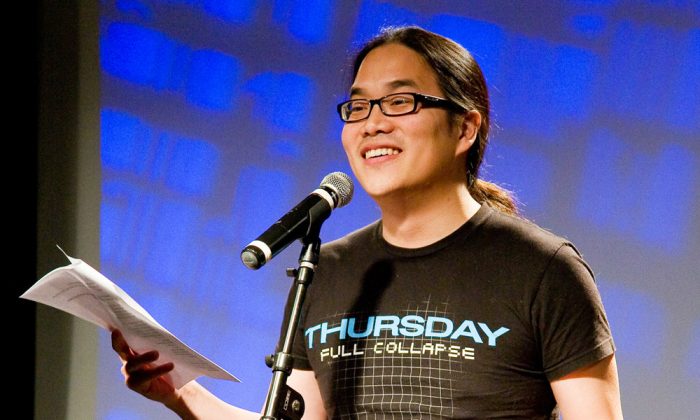 NEW YORK—Anger, grief, and nostalgia flowed forth over the microphone at Theater 80 on St. Mark’s Place on the sweltering evening of July 23.

Seven poets performing with Poetic People Power each presented a sort of love song to a bygone New York City, one that was a haven for artists.

Through spoken prose, the poets lamented the bars, clubs, and bookstores that have closed over the years, taking with them a piece of the city’s cultural history, and a bit of its cultural potential. They reminisced about the creative give-and-take New York once afforded its residents, and which these artists now find lacking.

Poetic People Power (PPP) is a project that encourages activism through poetry performances. Each year, a group of poets are commissioned to write on a social or political theme, and present their work in a small New York theater such as the Bowery Poetry Club, Nuyorican Poets Cafe, or Ars Nova.

In the program’s 12 years, its shows have covered such topics as inequality, consumerism, and the water crisis.

Wednesday’s show, titled Closed: NYC Shuts Its Doors to Artists, had a particularly bittersweet note. This year, PPP did not receive funding from Lower Manhattan Cultural Council through its yearly juried application process.

In the five years that PPP received LMCC grants, they ranged from $800–$1750 depending on the year, according to PPP founder and producer Tara Bracco. That paid for a third of the $3,000–$5,000 needed to produce a show, not including a stipend for Bracco herself.

‘”I don’t know how many more years we’re going to be able do this,'” Bracco said in her introduction of the evening’s program. She thanked Theater 80 for reducing its rental fee, and an individual donor whose contribution made the show possible.

Theater 80 is the type of community icon. Built during Prohibition, the 200-seater has hosted Thelonious Monk, John Coltrane, and Frank Sinatra. Actors Gary Burghoff, Bob Balaban, and Billy Crystal (then a theater usher), also got their starts there.

The night’s venue, a little worn-in, a little dank, called to mind a seedier, but more community-centered city. Poet Shetal Shah remembers when she was young, spontaneously walking around Manhattan, never knowing what places she’d discover, or what larger-than-life characters she’d meet. Then as an adult, she suddenly found that the character of the city had changed.

‘”Politicians, they had a good bone, intentions to sweep the streets clean. As a woman walking home alone, I don’t disagree. But Mayor K then Mayor D then Mayor G and B scrubbed the sidewalks on bended knee continuously to the point of sterility,'” she read.

Poet Pamela Sneed recalled talking to a woman outside a Starbucks about recent changes in her neighborhood: ‘”The dogs, she said, are becoming more communicative than their humans. When walking, the dogs greet—humans don’t.'”

The loss of human connectivity can be blamed in part on smartphones and social media, but of course local economic policy has a large part to play. Big corporate players mean big money and a boon for the city’s books—but they also spell doom for mom-and-pop establishments, and even historically revered NYC icons that can’t keep up with rising rents.

Famous bookstore Rizzoli welcomed customers for the last time this spring before vacating the 57th Street space it had occupied since 1985. The New York Times reported in April that the bookstore’s management has plans to relocate. The space has been purchased by developer Vornado.

The same pattern of dislocation is happening to restaurants. Chef Bernard Ros, owner of French restaurant Paname, has moved eight times since 1967, ‘”running away from greedy landlords,'” he told Epoch Times in a recent report.

Meanwhile, national retail chains are on the rise in New York City, according to the 2013 Center for an Urban Future report. In the six years the Center had been conducting this research, the number of chain locations have steadily climbed. Dunkin’ Donuts, Subway, 7-Eleven, and Starbucks made the largest advances over the past year, according to the report.

If the character of the city goes, what will New York represent? And what becomes of the artists who so closely identify with a particular image of New York? The outrage the poets exuded coexisted with an equally strong feeling of impotence.

In his self-referential poem, PPP associate producer and Chinese-American Rutgers graduate Justin Woo painted a portrait of the gentrifier who knows that he is contributing to the cultural blanching of neighborhoods, but is helpless against market forces. He had moved to the Journal Square neighborhood of Jersey City to escape New York’s high rents. He already foresees the day that he’ll be priced out of new home.

‘”In ten years I will be moving to Newark, another brown, college-educated kid who can’t afford to start a family of his own, pushing other brown families out of their homes,'” Woo wrote.

Yet despite all the lamentation and anxiety prevalent in the night’s presentations, poet Andy Emeritz hinted at a deep-rooted belief that New York will somehow, despite everything, hang on to its character. This is New York, after all, a land where all sorts of dreams self-fulfill, and a city that’s still a far cry from slipping into commuter-town anonymity. As per the laws of physics, every push will be met with a push back.

As Emeritz wrote, “‘The taller the high-rise, the darker the alleyways.'”