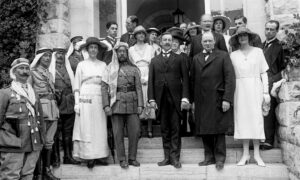 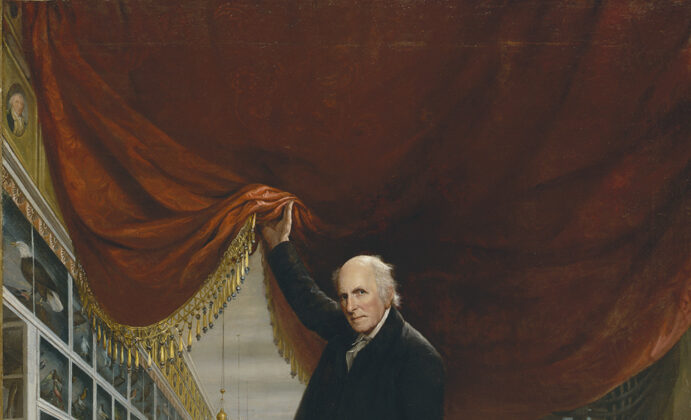 How America charted its own literary course when the revolutionary war ended
By W. Kesler Jackson
biggersmaller
Print

Upon seceding from Britain, her thirteen former colonies immediately began to lay the foundations of an independent humanities tradition.

One could argue, of course, that the process of creating a uniquely “American” literature was already well underway long before the Revolution even began—with William Bradford’s “History of Plymouth Plantation,” for example, or the poetry of New Englanders Anne Bradstreet and Edward Taylor, or the religious writings of Cotton Mather, or Roger Williams’s musings on liberty. More recently, one could single out Franklin’s “Autobiography” (and other writings), Tom Paine’s philosophical tracts, or Jefferson’s political ones. The Revolution itself had given birth to distinctly American songs, from “Yankee Doodle” to “The Ballad of Nathan Hale” and “The Battle of the Kegs.”

Now Phillis Wheatley, a 20-year-old West-African-born enslaved person in Boston whose owners, the Wheatleys, had taught her to read and write, published her “Poems on Various Subjects, Religious and Moral” while in London with the Wheatley family. The gifted poetess was subsequently emancipated, then returned to Massachusetts to continue to write, though she died young at age 31. “LO! Freedom comes,” Wheatley wrote, celebrating newly-born America as “Columbia.”

To every Realm shall Peace her Charms display,

Around the same time, the abundant poetry of Princeton graduate Philip Freneau captivated this first generation of Americans (especially his Revolutionary War odes), while slave Jupiter Hammon had, since at least 1760, been producing and publishing Christian poetry and prose, much of it aimed at his fellow blacks. Hammon was a great admirer of the much younger Wheatley, to whom he wrote,

And seek the living God,

So step by step thou mayst go higher,

Till perfect in the word.

Future Yale president Timothy Dwight produced many popular poems, plus a ten-thousand-line epic poem called “The Conquest of Canaan” in 1785. And Dwight wasn’t America’s only epic poet; Joel Barlow, a Yale graduate, produced an 8,350-line epic poem called “The Columbiad” (based on a shorter epic poem he’d written and published in 1787, “The Vision of Columbus”), meant to be a national epic. Many people at the time were comparing “The Columbiad” to the “Iliad,” the “Odyssey,” and the “Aeneid.” The ode to Columbus included these lines:

I sing the Mariner who first unfurl’d

In these fair confines of descending day

After reading the poem, George Washington described this American bard as “a genius of the first magnitude.”

Painters like Charles Wilson Peale and John Trumbull added another layer to America’s budding humanities tradition. Many of the Revolution’s leading figures stood for Peale’s portraits, and his self-portrait shows him mysteriously lifting a gold-trimmed red curtain to America’s first natural history museum (which he founded). Trumbull’s paintings include such well-known works as “The Death of General Warren at the Battle of Bunker’s Hill,” “The Declaration of Independence” (certainly that event’s most famous portrayal), “Surrender of Lord Cornwallis,” and the best-known portrait of Alexander Hamilton currently extant.

The cannons of the Revolution had barely ceased firing before the old British texts began to be replaced by American ones in schools and home libraries. Yale graduate (and classmate to Barlow) Noah Webster published a best-selling spelling book in 1783, a grammar in 1784, and a reader in 1785, hoping to aid American schoolchildren in learning American English, as opposed to what he considered the haughtily-aristocratic-sounding British variety. Webster’s “Speller,” far and away the best-selling American book of the late 18th and early 19th century, went through a staggering 385 editions during his lifetime alone, and paved the way for the American spelling bee tradition.

Dubbed the “Schoolmaster of the Republic,” in 1806 Webster published his first dictionary, producing a more complete version in 1825 and publishing it in 1828; together with his spelling-books, the “American Dictionary” effectively established American spelling rules—including many that differed somewhat from their British counterparts. The very language of the new America had thus been standardized as independent of the old mother country.

To every Realm her Portals open’d wide,

Receives from each the full commercial Tide.

Each Art and Science now with rising Charms

And from the dazzling Splendor turns her Eyes!

Dr. Jackson, who teaches Western, Islamic, American, Asian, and World histories at the university level, is also known on YouTube as “The Nomadic Professor.” You can follow his work, including entire online history courses featuring his signature on-location videos filmed the world over, at nomadicprofessor.com.