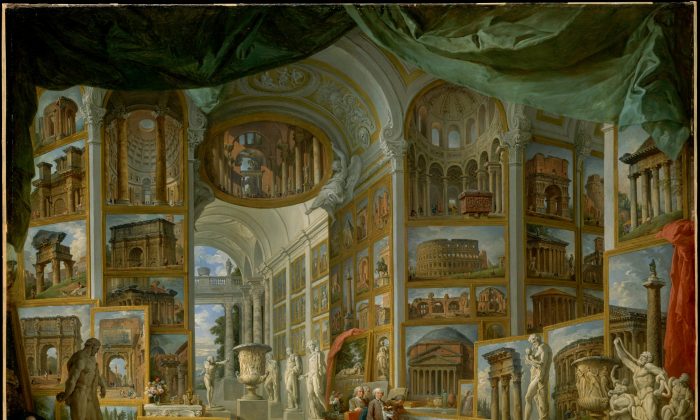 Man, is it nice to meet you, Newspaper Readers. My name is Poetry.

I have been crammed into weird shapes in textbooks and have spent the last 100 or so years of my time with a hopelessly unpractical and insular group known as poets. I could barely breathe in there and was near death. The rhyme, meter, and charm you might see in that black and white photo of me on your grandmother’s bookshelf had warped into boring sounds, bizarre shapes, and nonsensical themes. What the doctors (Ph.D.s) euphemistically called “free verse” was in fact really just the onset of a fatal illness.

Now I am truly free!

In this brand-new Epoch Times feature, I will be bringing you accessible new poetry that the common man can hopefully recognize and appreciate. There will also be how-to poetry articles, essays, poet interviews, and more.

We begin this week with poetry from James McKee, who wrote this fitting third-person biography for himself:

A New Yorker by birth (and likely by death), James McKee enjoys failing in his dogged attempts to keep pace with the unrelenting cultural onslaught of late-imperial Manhattan. After holding a number of ludicrously unsuitable jobs, he spent over a decade teaching at a small special-needs high school. He currently works as a private tutor and spends his time, when not writing or reading, traveling less than he would like and brooding more than he can help.

Like escaping through a siege, growing older
Hampers itself with hopes of return;
So if, over your bare shoulder,
Upwind palaces start to smolder,
Let them burn.

Woken by ax-hack and sword-clang, at once you knew
Better than to arm for the defense
Of gates your foes stream through.
You’re free to act as the conquered do
When a war ends.

Whatever you cannot bear, you must jettison
To gain the stealth of lacking a past.
You’re not safe till you outrun
Hearing the hoard of spoils you’ve won
Unamassed.

Shrieks. Towers crash down. Yet back-alleying
At a pace fit for fifty, not twenty,
You must curb the urge to cling
A moment to some random one or thing,
From the passing plenty.

Beyond the walls, your descent shoreward lies
Through olive groves long since laid waste.
Dawn miscolors smoke-splashed skies,
Leaving you no shield against hunting eyes
But further haste.

What exiles converge on this fringe of wrack-strewn sand?
What refuge beckons from this blank sea?
Comes there no one to command
Our foretold voyage, to a land
Called Italy?

I’ve got all the nature I need, here in the city.
Blocks of green speckle its grid where parks and zoos
Nestle like pets, cosseted and car-ad pretty,
While vermin and weeds, too close to us for pity,
Adapt to every toxin we dare to use.

The one time I went, the Orchid Show was as hot
And human-humid as the subway.  I had to leave.
In its crowd, each splayed plant dangled from a pot
As if petaling just to please us, which it was not.
Out where the traffic sang through the streets, I could breathe.

Crews plant trees now with a bark said to repel
Pollution, which I call progress since whatever
Kills them is plainly killing us as well.
Down my block, saplings stand yoked between parallel
Uprights, the better for breaking them to our weather.

I saw a hummingbird last week, which was weird:
A hovering emerald, exotic even for Queens.
Something like joy rayed through me, only to disappear
Since wherever its wing-blur belonged, it wasn’t here.
I try, but cannot not know what it meant. Means.