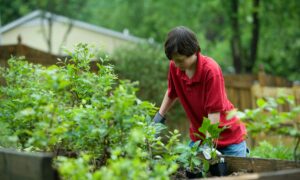 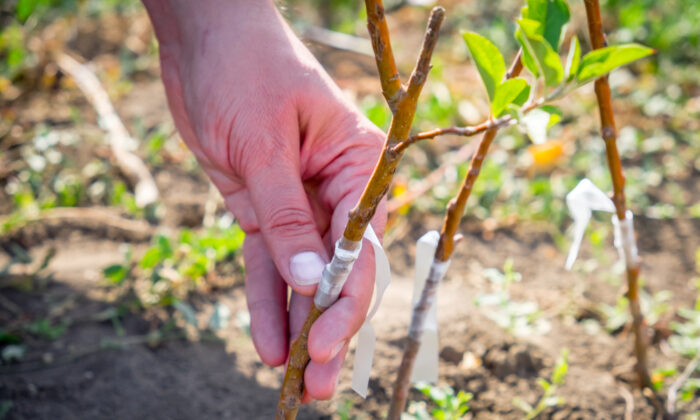 Q: My neighbor has a plum tree near our yard. This year, I have discovered about a dozen plum tree sprouts in my flower beds and lawn. Is there a way to control them, short of removing his tree? Digging them out is leaving holes in the grass and beds.

A: First, you need to see if there are sprouts coming up from the roots or if they are new seedlings sprouting on their own. New seedlings from different trees in your neighborhood or those brought by birds or squirrels are common. In the past few days, I have pulled at least nine species of baby trees from my flower beds. The new seedlings tend to come up near the tree that the seeds come from, but I found two species in my yard that I don’t know where the nearest tree is growing.

On the other hand, there are several tree species that sprout new trunks from the root system as it grows across the landscape. Remove all suckers as soon as you see them by cutting them as close to the root as possible. Small ones can be yanked off the root. This pulls the entire growing area out of the root, and the root often heals over and doesn’t resprout. Pruning off the sprout often allows the root to resprout from the healing tissue around the cut.

There is a spray from Lawn and Garden Products Inc. that is called Sucker-Stopper. It can be sprayed during the dormant season to help prevent sprouts, but better control is achieved by pruning and spraying during the growing season. When the sprouts are less than a foot tall, cut them back and wait until the new growth starts to resprout, then spray.

If you can’t find the spray at your local garden center, more information can be found at MontereyLawnGarden.com.

Keeping the roots covered with soil can help prevent some trees from sending up suckers. Suckers tend to come up from roots that are exposed to sunlight. They also tend to resprout from the short vertical nubs that are left from previous prunings that weren’t cut flush with the top of the root. Cut the sprout off flush and cover it with dirt. Add some more soil to bury the root a little deeper, if possible, without adding more than two inches of soil at a time to lawn grass areas.

Q: I have a two- or three-year-old clematis. It started to bloom profusely in early June, but by the end of June, it totally wilted, then turned brown throughout. It hasn’t done this before. What could cause this problem? What treatment should I use on it? Two other clematis, a henryii, and a jackmanii that are growing nearby are fine.

A: I am sorry, but the clematis is most likely dead. It may rebound and send out some leaves, but they will most likely not last long if they do. Some plants get fungal diseases in the vascular tissue, and they wilt, turn brown, and die quickly. There’s nothing that can be done once the fungus is growing in the plant. Usually, nothing else in the landscape is touched, but, sometimes, if there was a common physical problem, such as a flood, then several kinds of plants may be affected.

I would dig out an area larger than the roots and replace it with new soil and let it sit until next year. It would be preferable that something besides a clematis was planted there.