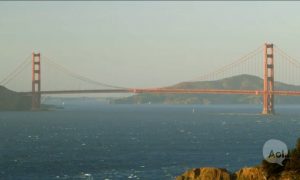 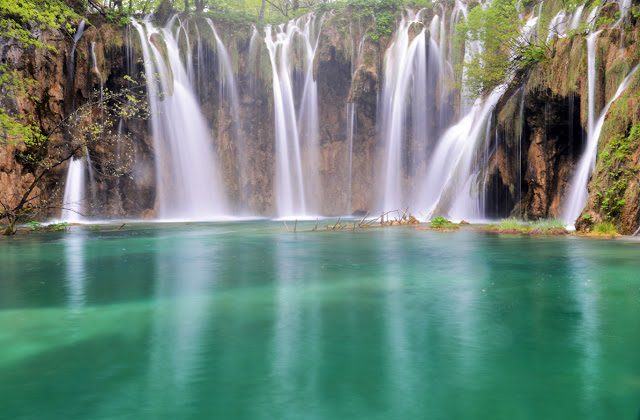 Plitvice Lakes National Park (Plitvicka Jezera) lies between the Croatian capital Zagreb and the Adriatic coast town – Zadar. This largest National Park of Croatia is without a doubt one of the most beautiful National Parks in Europe. The area consists of cascades of sixteen crystal clear turquoise lakes, waterfalls, forests, canyons and gorges. It is a perfect place for hiking, enjoying the natural wonders and long exposure photography. The wooden trails along the way, which make walking easy, allow you to come really close to the waterfalls. The whole park is quite big and it takes at least five – six hours to see everything. The entry fee is 110 kuna (15 EUR or 19 USD). The bus to the start point of the trail and a ferry ride on one of the lakes are included in the price. More info on the prices and opening hours here.

How to Get to Plitvice National Park

While on holidays in Croatia, although the coastal areas are so amazing that you won’t want to leave them, Plitvice Lakes is a must-see spot. It’s not difficult or expensive to get there at all. You should allow at least one day to spend in the Park. If you don’t drive, the buses stop at Plitvice on the route Split-Zadar-Zagreb. The easiest option is to catch a bus from Zagreb or Zadar but it’s also possible from Split. I took the bus from Zadar and it stopped in Mikunje village, just in front of the National Park. There are a lot of very nice guest houses in the area with prices as low as around 13 EUR (17 USD) per person per night for a double bedroom.

To get to Mikunje, I took a bus from Zadar for 94 kuna (12.50 EUR or 16.40 USD). The journey took around three hours. Be careful at the bus station as taxi drivers and people offering accommodation may mislead you. One taxi driver said the bus journey would take 5 hours and he offered a taxi ride for the price five times more than the bus fare. Another woman said the bus was not going to stop at Plitvice at all and we should stay overnight at her place and come back to the station the following morning.

From Plitvice to Zadar or Split

From Plitvice, I wanted to get to the Dalmatian city of Split, there are a few buses every day from Plitvice Bus Station right beside the Park. The journey to Split takes around five hours. If you are lucky, you can also find a mini van that takes up to eight people and for not much more than the bus fare (200 kuna per person – 27 EUR or 35 USD. The mini-van journey to Split will take around three hours. Another option, is to take the bus to Zadar and then from Zadar to Split and if you are heading more south, Dubrovnik.