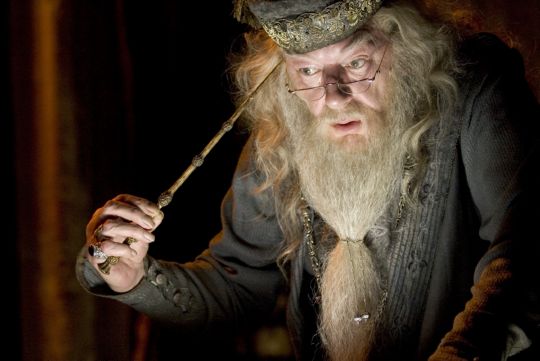 Please Stop Being Afraid of the Word “Diet”…

BY John Romaniello
TIMEApril 22, 2014
“Diet” – it’s a word a lot of people avoid like the plague. I don’t, because I’m not afraid of words. Avoiding a word because you’re afraid of it has the opposite effect you intend, and it can have disastrous effects on your progress.

The vast majority of people are either intrinsically afraid of the word diet and the ideas it brings to mind, or have been conditioned to think they should be. Because this is well known, when fitness professionals or doctors or anyone else tell you “it’s not a diet, it’s a lifestyle” or whatever other nonsense people spew out, they’re trying to mollify you into being receptive to their information.

Without turning this into a full on lesson about marketing, one aspect of why this is done is called mirroring: use the words your clients or customers use; avoid the ones they don’t or that cause them pain.

By avoiding the use of the word diet, they believe they’re able to get through to more by following the old marketing mantra of “sell them what they want, give them what they need.”

As a result, if they want to give you something short term, many coaches or doctors  to avoid the word diet and call it a “nutritional plan.” Equally silly.

In other words, they know that the word diet has some negative connotations, and they want to avoid triggering those feelings before they introduce their idea to you, to prevent you from transferring that negative association to their plan. Make sense?

There is nothing wrong with that. Other than the fact that it’s completely idiotic.

Trying to avoid the word diet when talking about nutrition is tantamount to trying to avoid the word “tackle” when talking about football. No one likes to be tackled, and no one really likes having to diet. That doesn’t change the fact that if you avoid thinking about tackling and you don’t prepare for it, you’re going to get crushed on the field. If you avoid thinking about dieting, when you have to do it, i’ll be a lot more intimidating.

Far worse than that is the fear. Can you imagine if we taught aspiring football players to not only avoid thinking about tackling, but created a system of aversion so complete and filled with so many alternative terms that it resulted in fear of the word itself?

I think the sport would die out pretty quickly.

Please accept this. Take a deep breath. Stop being afraid. A diet is different from diet-ing to be sure, but they are both necessary for progress, and you can’t avoid thinking about or doing either.

So, to be clear: any food you eat is your diet. To eat food is to have a diet. All animals have diets. For example, I live exclusively on meats, veggies, the hearts of my enemies, cake, a few protein shakes and the occasional glass of bourbon. That’s my diet.

My dogs have a diet of meats, eggs, yams, and veggies. That is their diet.

It’s really that simple. If you eat food, you have a diet.

As you can tell, the thing people really want to avoid is talking about going on a diet, which is different than just having a diet. Having a diet is a longterm approach to eating. Going on a diet of some kind implies a short-term change in the way you eat–one that will hopefully create some long term changes.

People are afraid of this because going on a diet either means you have to make a few big changes (or a lot of small ones), and that’s inconvenient. Well, so is being fat or unhealthy or dead.

You want to make a change, you need to change the diet you have, and that starts with the diet you’re on.

Or, put another way, you need to go on a diet.

If I wanted to get leaner, my diet would change a bit. I’d eliminate cake and bourbon–so I’d go ON a diet. It’s just a word, and it’s just a thing that you have to do. HAVE TO. Need. Must. Necessary.

Because it’s necessary, the fear of the word is detrimental in the extreme. Which is why I have chosen never to be afraid of it, or any other words. And I don’t get why more people don’t do the same. If I may quote Professor Dumbledore,

Seriously. I mean, Dumbledore said it, and he’s one of the most powerful wizards ever. So you basically have to listen.

All joking aside, please stop being afraid of words. In general. Did you know that “moist” is the most disliked word in the English language, according to a number of different polls? Seriously. I’m not making that up – you can check it out here.

Moist. As in, “sort of wet, but not really.” People don’t like the imagery it conjures, or the way the word sounds, or the mouthfeel of the word when they say it. Because this has become popular knowledge, people have started to be afraid of the word.

My former roommate, Jackie, would actually shudder when anyone said it. Seriously; she had convinced herself that moist was such a terrible word that saying it was like telling an arachnophobe that there’s a spider on their shoulder.

Look, if you don’t like a word, don’t use it. There’s nothing wrong with that. Fear and dislike are not mutually inclusive: while you’re generally going to dislike the things you fear, you certainly don’t have to fear everything you dislike.

Personally, I dislike when the sounds words make are radically different from the meaning of the word. A good example is “pulchritude.” Pronounced “pulk-rah-tude”, it actually means, “having great physical beauty.”

It sounds like it would be something awful or horrid, but it means beauty. Imagine if you called a woman pulchritudinous and she didn’t know what it meant? Based on sound alone, I think you’d get slapped, despite having given such a wonderful compliment.

Another example would be bucolic. It’s pronounced “byoo-khal-ik”, which to me sounds like a disease. It means having pastoral beauty or relating to the countryside. It’s the kind of word you’d find in a college admissions essay. No thank you.

Now, I’m obviously a word nerd, so I have some strong feelings about these things. But, just because I don’t care for these words, doesn’t mean I’m afraid of them or the things they represent. If I was afraid, and avoided using them, it would strengthen their hold over me.

Imagine if I was so freaked out by the word pulchritude that I created some sort of aversion to the idea of beauty? What kind of life would that be?

Okay, I’m getting off topic. By a lot. Sort of. The main thing is, words are power. Ancient cultures believed that words and names were filled with inherent magic; to know someone’s True Name would give you power over them. Certainly, we no longer hold to this belief, but it’s left it’s fingerprints on our langue–it’s no coincidence that the correct words are required to cast a magic spell, just as the correct letters are required to spell something on paper.

For my part, I believe that words are infinitely more powerful than actions, regardless of what any adage, proverb, idiom or axiom would have you believe.

Make the decision now to stop being afraid of words. For good. Especially the word diet. Because if you’re afraid of that word, afraid of saying it, afraid of thinking it, and afraid of doing it, you’ll be paralyzed when you need to make a change to your “nutritional plan” to better yourself.

So. Yeah. Words. And stuff. No more fear.

Did you make the decision? Are you no longer afraid? EXCELLENT. 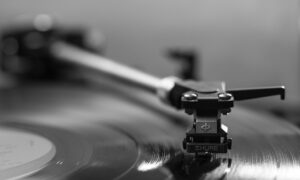 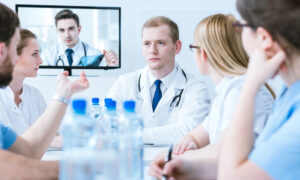 ViewpointsBy John Romaniello
The Emergency Must Be Ended, Now
04-22-2014
sharecomments 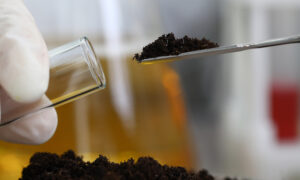 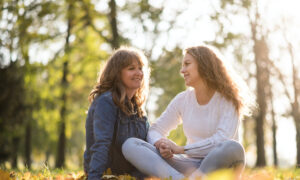