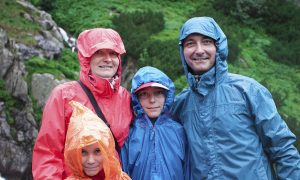 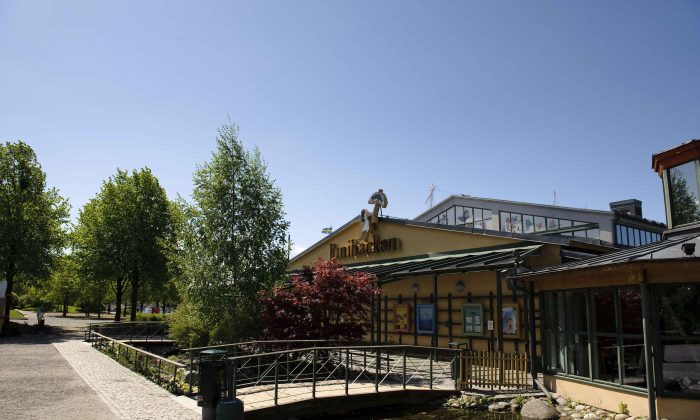 The entrance to the world of Pippi Longstocking. (Courtesy of Junibacken)
Destinations

Mitchell Jordan
Mitchell Jordan is a Sydney-based writer with an interest in the arts, culture and travel.
View profile
Follow
biggersmaller
Print

It’s a bright Saturday morning in Stockholm and the sound of squealing children radiates through the air like the summer sun.

You don’t need to be a parent to know that a squeal is far different from a scream, and it is sheer delight and excitement that spills from the mouths of these youngsters who are lucky enough to have found themselves at Junibacken, a children’s museum which honours the work of famous Swedish author Astrid Lindgren, best known for her Pippi Longstocking stories.

From an adult’s perspective, this sight offers some kind of comfort that maybe children will continue to grow up reading books—at least in Sweden. Since opening in 1996, Junibacken, located on arguably the city’s most popular island, Djurgården, has become one of Stockholm’s most-visited tourist attractions.

Despite a close proximity to several of Stockholm’s must-see sights such as Skansen, the open air museum and zoo, which is the nearest thing to a step back in Swedish time on offer, Junibacken encapsulates something which is hard to find in most countries: a living testament to the power books have in shaping the lives of children.

The modest-sized building, which appears no bigger than a restaurant, is deceptive in many ways. Entering Junibacken, visitors find themselves in Storybook Square where the door to Villekulla Manor, home of Pippi and her friends, is quite literally open for anyone to pop in. Children can also sit atop Pippi’s horse. Certainly, it’s a far cry from the typical museum where the attractions are locked behind glass.

Junibacken’s main attraction is the Story Train, where visitors board an ascending carriage that takes them through scenes of Lindgren’s famous books, including Madicken, Ronia the Robber’s Daughter and The Brothers Lionheart all woven together in a pastiche narrative that is by turns exciting, haunting and even frightening. The Story Train’s big moment is the appearance of Katla, the female dragon, who features in The Brothers Lionheart and whose presence has since been subdued to an immobile metal sculpture after the previous roaring monster frightened too many children.

Exiting through the gift shop, there are enough books—in both English and Swedish—to pull the purse strings of even the strictest of parents. And it is definitely money well spent. The wild, red-haired girl who chose animals for friends first came to life in 1945. Since then, her adventures have been translated into 64 languages, spawning film and cartoon adaptations aplenty and continues to capture the hearts of children—both male and female—to this day.

Swedish journalist, Mattias Kristiansson, who has read each of the novels and watched all of their adaptations puts Pippi’s appeal down to both her strong character and timing.

“Children’s books were rare back when Astrid Lindgren first published Pippi,” he explained.

“She’s an odd character: female, strong as Superman, lives on her own … she does things that are unthinkable for many people.”

It’s not surprising, then, that of all Astrid Lindgren’s successors, Australian author, Sonya Hartnett, has carried on the tradition of creating unruly and (in her own words) “feral” children who live underground, on deserted islands and find solace in the company of animals.

In 2008, Hartnett was the first Australian to win the prestigious Astrid Lindgren Memorial Award. Valued at over $880,000 it is, today, not only the biggest award for children’s writing, but one of the highest-ranking for writing full stop.

The judge’s comment that Hartnett is “one of the major forces for renewal in modern young adult fiction” helped to put Australian fiction on the map. Indeed, her photo, and works can be found in Junibacken, along with fellow Australian author and illustrator, Shaun Tan, who cemented the bridge between Australia and Sweden by winning the same award in 2011.

“[Shaun Tan’s] pictorial worlds constitute a separate universe where nothing is self-evident and anything is possible,” the award citation said.

It is worth wondering why, back in Australia, there is no museum dedicated to either Hartnett or Tan’s work. Perhaps, as Hartnett offered, Sweden is simply “a better country”, and one that realises children need more stimulation than just playing sport on a Saturday.

Even for an adult, visiting Junibacken is an inspirational experience. Looking around at the Swedish children running through Villekulla Manor, you can’t help but feel the next generation is in good hands. Anyone of them—red-haired or not —could be the next Pippi, or her creator.

Mitchell Jordan is a Sydney-based writer with an interest in arts, culture and travel.