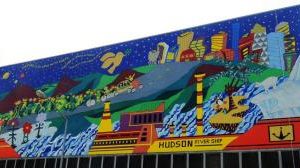 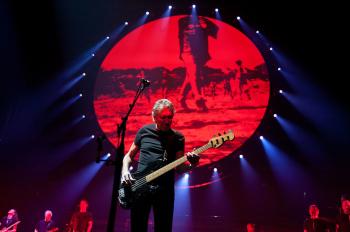 Roger Waters, who left Pink Floyd in the mid-eighties, performs 'The Wall' in its entirety at the Wells Fargo Center November 8, 2010 in Philadelphia, Pennsylvania. Pink Floyd has signed a new five-year contract with EMI Music, ending a legal dispute with the company over digital download sales. (Jeff Fusco/Getty Images)
Arts & Culture

By Annie Wu
Print
Pink Floyd has signed a new five-year contract with EMI Music, ending a legal dispute with the company over digital download sales, EMI announced on Tuesday.

The English rock band filed a lawsuit against the company during a dispute over their last record deal. Signed in the days before legal digital downloads, the contract prohibited the sale of individual songs from their albums. Pink Floyd insisted that their songs should be sold in one whole package, while EMI argued that the agreement did not apply to digital downloads, BBC reported.

“All legal disputes between the band and the company have been settled as a result of this new deal,” EMI said in a press statement.

Though the court ruled in Pink Floyd’s favor in March 2010, the band’s tracks are still sold separately on iTunes. The practice will continue after the settlement, BBC reported.

The band has sold over 200 million albums worldwide. “The Dark Side of the Moon,” released in 1973, has sold 45 million copies, making it the third best-selling album in history.

“Pink Floyd is one of the most important and influential bands of all time and I know I speak for everyone at EMI when I say that it is a privilege to have the opportunity to work with them," EMI Group CEO Roger Faxon said in the statement. “We’re looking forward to continuing to help the band reach new and existing fans through their incredible body of work.”