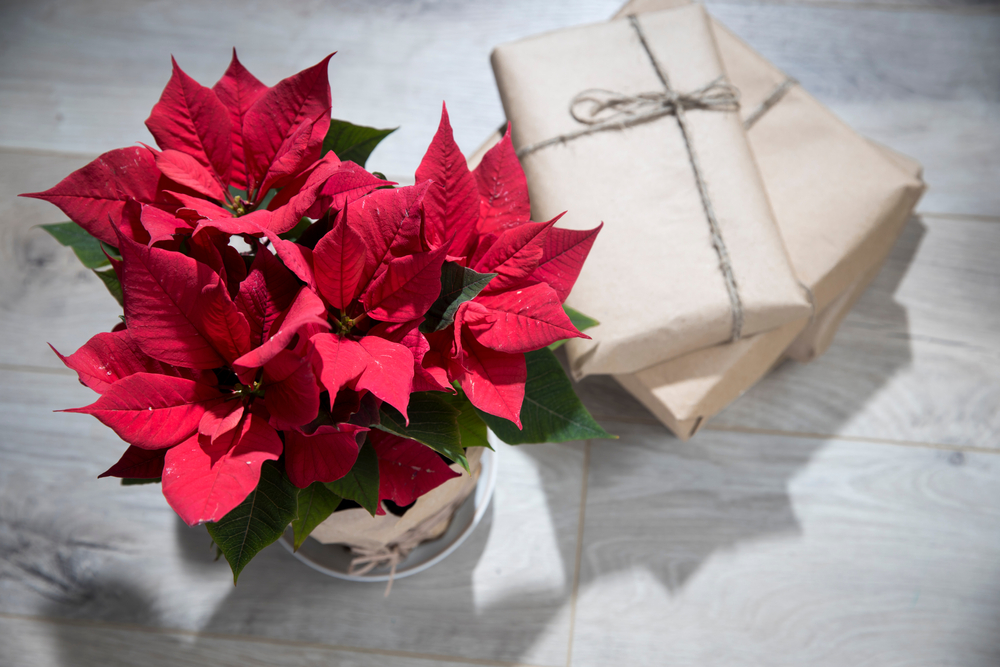 How to choose and care for these festive holiday houseplants
BY Jeff Rugg
TIMENovember 30, 2021

Have you seen poinsettias for sale yet? I have. Were they red? Probably. That’s because we all know that poinsettias are red, right?

Well, not so fast. There are pink, purple, white, spotted, striped, and even yellow and orange poinsettias. Every year, the commercial plant breeders of poinsettias come out with 5 to 20 new varieties. Most of us don’t notice the differences, but there are some important changes aside from new colors.

Poinsettias are not one-size-fits-all plants anymore. There are important considerations for the grower and for the consumer of poinsettias. Poinsettias are native to Mexico and Central America where they grow into 10-foot-tall shrubs. They are named after the first U.S. Minister to Mexico Joel Poinsett, who introduced the plant to botanists in the United States in the 1820s. Fast-forward about 100 years and the Ecke family founds the first poinsettia nursery in California. They popularized poinsettias and produced many new varieties.

Fast-forward another 100 years, and hundreds of millions of poinsettias are being sold around the world. In fact, each summer and fall, millions of two-inch-long cuttings are shipped into the United  States from massive, sterile greenhouses in Nicaragua, Guatemala, and Uganda. The cuttings require 7 to 10 weeks of growth at specific temperatures and levels of daily sunlight to be ready to sell. Greenhouses across the United States differ in their abilities to control the temperature and the length of the day. Different varieties of red poinsettias are now grown in northern, central, and southern greenhouses based on their ability to withstand area temperatures. The newer heat-tolerant varieties are better for consumers in the Southern states.

There are small poinsettias that grow quickly and can be sold in small pots very cheaply. Big-box stores know that most people only buy one plant for the holiday, whether it be a lily at Easter, a chrysanthemum for the fall, or a poinsettia for the winter. If the big-box store sells the plant first, it doesn’t matter if it won’t last until the holiday season is over; they already have their money.

Overall, poinsettias do last much longer than they used to. Years ago, the plants lost their leaves within weeks of being brought home. Now, they may still be red next May. Part of this is because breeders are specifically looking for plants that keep their true flowers longer.

The colorful leaves are called bracts and are just leaves. At the end of each branch of colorful bracts is a cluster of tiny male and female flowers and nectar glands called a cyathium. The longer the cyathium lasts, the longer the bracts will stay on the plant. A key to buying poinsettias is to see if the cyathium is still fresh and not withered and falling off.

Poinsettia breeders and growers are also looking for plants with strong root systems and branches that reach upward and not outward so they don’t break off when sold in plastic sleeves.

With all that said, color is still the most important factor in growing and selling poinsettias. Breeders are getting plants with darker green leaves that make the red, pink, and white bracts look brighter. Also, look for the very pretty variety called Tapestry with green and white leaves and red bracts.

As for the other colors, the white bracts are getting whiter compared to the creamy white of the past. The salmon pinks are becoming more pure pink. The purples are getting more vivid.

For those who are willing to think outside the box a bit, the new yellow and orange poinsettia bracts look very nice as autumn decorations for Halloween or Thanksgiving.

The best place to find new and better poinsettias is your local florist or greenhouse grower. They will have more colors; bigger, stronger plants than the big-box stores; and they will have healthier plants that didn’t get exposed to cold or stay wrapped up in plastic sleeves until all the bottom leaves fell off. 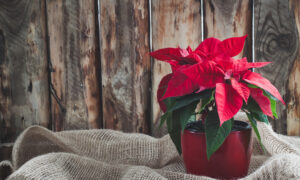 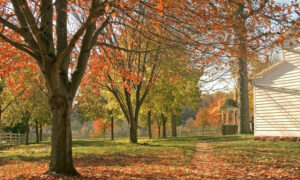 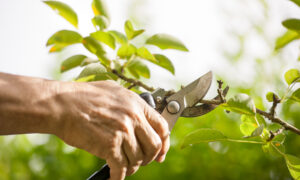 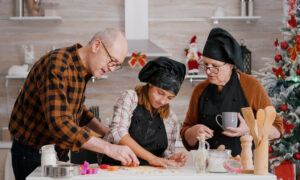