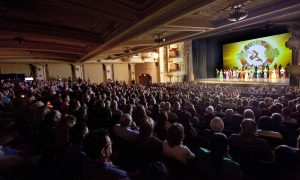 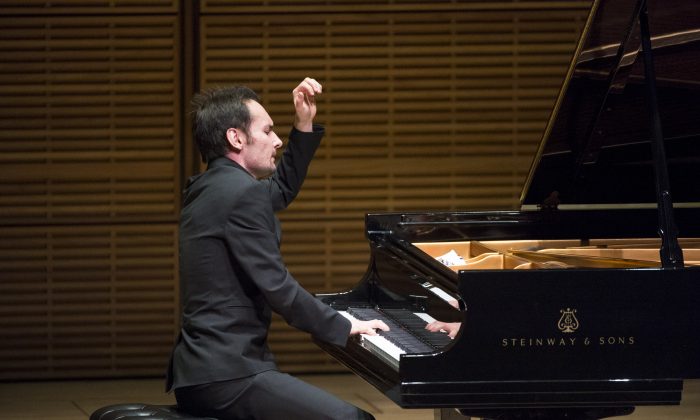 The performance concluded the 2014 NTD International Piano Competition, which drew contestants from 11 countries and territories as far away as Egypt and China.

Pianists were required to play from a selection of Bach fugues and Beethoven piano sonatas.

The contest pieces are meant to test contestants’ grasp of form, the musical period, tone color, and the composer. In addition, contestants must demonstrate personal presentation and technique.

New Tang Dynasty Television, the largest globally reaching independent Chinese-language media, began the competition series in 2007 as a global platform for talent among persons of Chinese descent. This year the contests were opened to artists of all backgrounds.

After the recital, winners were announced.

Timur Mustakimov from Russia took home the gold prize of $10,000. Mustakimov, who grew up in Russia’s Republic of Tatarstan, started studying piano at the age of 9. He holds a master’s degree in music at Mannes College and has performed in Alice Tully Hall at Lincoln Center.

“The level of contestants was quite amazing, and I feel honored to win such a competition,” Mustakimov said after the awards ceremony. “I can’t thank [NTD Television] enough that it is focusing on classical music, and that is something I admire from the very bottom of my heart.”

Wesley Chu came away with an Outstanding Performance prize, and might well be the contestant this year with the most potential, according to Deborah Bradley-Kramer, professor of music at Columbia University.

Canada-born Chu is currently studying at the New England Conservatory of Music in Boston. He’s been playing piano since the age of three. At age four, he blazed through piano grades 1 through 9 in one calendar year at the Royal Conservatory of Toronto.

Aileen Gozali from the United States and Tania Rivers-Moore from France both earned honorable mentions.

Gozali is an acclaimed young musician originally from Singapore and Rivers-Moore is on the board of directors for the Harvard Piano Society.

Silver-winner Joseph Choi, based in University of Texas at Austin, said that performing at such a prestigious venue is a “prize in and of itself.

“It is Carnegie Hall, after all,” Choi said.

The NTD International Piano Competition is one of nine cultural competitions held by NTD, and New York is the venue for the final rounds of all NTD contests.