Piano Instructor, Dancer Says Shen Yun Is Beyond Anything She’s Ever Seen 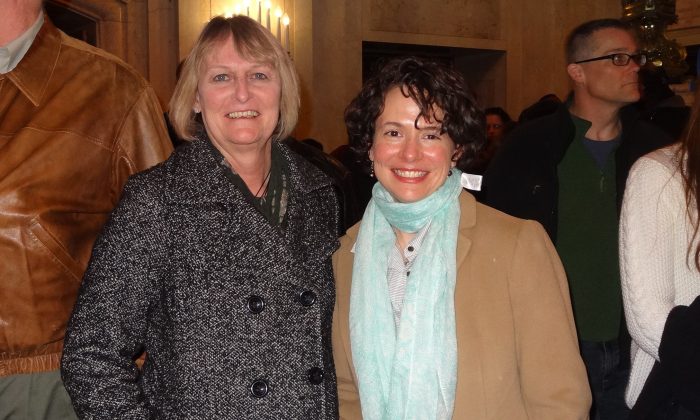 BOSTON—Rachel Williams, a professional piano instructor who has grown up performing music and dance, said Shen Yun Performing Arts was “beyond just dance … it touched to deeper parts of the soul.”

Among Ms. Williams’s musical accomplishments, she states on her website that she’s most proud of when she was a visiting scholar at Oxford University in England and founded the Oxford Harris Manchester Singers.

The unity of Shen Yun’s classical Chinese dancers astounded Ms. Williams. “I have never experienced the portrayal of oneness in a performance like I saw in this particular show. It was amazing.”

She continued: “The synchronicity—the dancers must have been breathing in sync. They must have been in the same consciousness plane to be able to perform at the same time, just so beautifully. It was the energy that came off of the stage, it was just something that I have never experienced watching dance performances before.”

The New York-based non-profit company tours with a mission to revive 5,000 years of Chinese culture, a culture believed to be divinely inspired.

The company’s website explains: “Principles such as benevolence and justice, propriety and wisdom, respect for the heavens, and divine retribution, all come to life, washing over the audience. Originating from Confucianism, Buddhism, and Taoism, these ideals are the essence of traditional Chinese culture.”

Shen Yun’s dancers work hard on improving not only their bodies and movements, but also their minds and hearts. Classical Chinese dance is expressive of the inner realm of the dancer, which should be as beautiful as the outer form.

Ms. Skiba agreed with Ms. Williams that the performance touched the soul. She had seen dance performances in China, but she said Shen Yun was very different from the dances she saw there.

“This seemed more like art. This was very artistic, it just drew you in,” she said.

The cultural heritage displayed by Shen Yun cannot be seen in China today. The Shen Yun website explains: “Forcing atheism upon society, the Chinese Communist Party has for decades launched various campaigns—most notably the Cultural Revolution—to destroy not only cultural sites, temples, and relics, but also the Chinese people’s belief in virtue and faith in the divine.