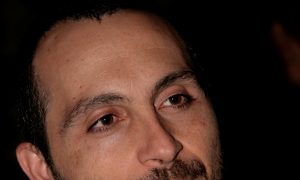 Pianist Timur Mustakimov on Serendipity, Artistic Freedom, and How His Talent Was Discovered

Timur Mustakimov from Russia took home the gold prize of $10,000. Mustakimov, who grew up in Russia’s Republic of Tatarstan, started studying piano at the relatively late age of 9. His talent was hidden until he took dance classes. He spoke with Epoch Times about his musical path and what drives him.

He holds a master’s degree in music from Mannes College and has performed in Alice Tully Hall at Lincoln Center.

Timur Mustakimov: I started quite late—around 9 years old, which is very late for the Russian system. I’m lucky because nobody forced me to study piano. I actually went for dance lessons—it was a kind of complementary course in our elementary school, and there was a woman who was the accompanist on the piano, so I really fell in love with the instrument.

I would run to the piano when we had a break, so when they would leave the room, I would bang on the piano keys. She caught me once and I thought I was in trouble. She asked me to bring my mother. Since I didn’t know what’s going on, I thought because my mother will come, it’s a disaster. She told my mother, “Your son has a musical gift and you should consider applying to the music school.” That’s what we did. But my mother had one concern, that I was 9 years old and that it’s too late to start. But this wonderful woman said to my mother, “He will probably complete a few years in one.” And that is actually what happened.

I actually had a normal childhood, I would play soccer, I would have fun with my friends—so I’ve never been under the pressure of the profession.
— Timur Mustakimov, pianist

Epoch Times: Does that mean that you could skip a lot of piano grades because you could learn so fast?

Mr. Mustakimov: Yes, in the first two years I completed maybe three of four years of music school. So when I was in my third year I would go to lessons with the students who were about to graduate, in seventh grade.

Epoch Times: How long did you practice everyday?

Mr. Mustakimov: It depends. My parents are not musicians—and thank God for that, because nobody pushed me to do anything. So I actually had a normal childhood, I would play soccer, I would have fun with my friends—so I’ve never been under the pressure of the profession. Then, of course, as time went by and I entered into the special music school for gifted children under the supervision of the Kazan State Conservatory, I understood that in order to be a pianist you have to practice—not only practice more—but you have to dedicate yourself to this. As time went by I would practice more and more, but I never played an insane amount of hours per day. I think that’s not the most important part.

Epoch Times: What made you decide to participate in the NTD competition?

Mr. Mustakimov: I saw the ad on a board in university about the competition and I thought “why not?” I’m not a huge fan of competitions and I don’t do them often … let’s call it fate. I was attracted to the program—the program was unusual. You would have to play a Mozart sonata, and you would have to play Bach in the final round, which is a very unusual choice. At that moment I understood and said, “OK, those people know what they are doing,” because [Bach] is so important and pure, which is completely opposite of this tradition of building the program in the competitions almost like it would be a sport event.

And Mozart is quite a challenge; it’s like an X-ray. You cannot hide in Mozart, everything is very clear [when you play Mozart]—who you are, what you are capable of—but what attracted me most is the fact that at the very end, you would have to play Bach. And Bach is so crucial and so important in a pianist’s life. The final round in a competition has to be a climax. You have to build up expectations, energy, and excitement to the very end, and it reaches [that] in the final round with Bach—which I think is a very, very beautiful idea. I enjoy playing Bach so much, so I decided that it’s something that I would like to do.

I think it’s so important to have the sense of freedom in your artistic life, and that is something that’s very, very essential for an artist.
— Timur Mustakimov, pianist

Epoch Times: What is your advice to pianists about entering in competitions?

Mr. Mustakimov: Of course they should [enter competitions]. We have to do them. It’s the vehicle to promote yourself and find new opportunities to play—it’s part of the profession. But when this participation in many competitions become a priority, and the main goal, I think that has to be re-evaluated. It’s just like a tool when you feel confident, when you want to check what you’re doing, when you want to share your message with the others—that is the time to use this tool of competition in order to have the chance to play on the stage. I would highly recommend everybody to participate in competitions.

Mr. Mustakimov: The ones I’m working on right now.

Epoch Times: How do you pick them?

Mr. Mustakimov: Sometimes, you’re just wondering and going through your library at home … or you’re trying to build up a particular program, so it depends. It happens in many ways. One of the most important aspects is the engagement from the world—so somebody might say “can you play this concerto?” or “can you accompany this?” so they would simply hire you and you would start to learn pieces that you didn’t even consider.

Epoch Times: Does this mean that you believe in fate?

Mr. Mustakimov: I think it’s so important to have the sense of freedom in your artistic life, and that is something that’s very, very essential for an artist. And about believing in fate, I do think that there’s a certain path which is settled for everybody and you definitely cannot control everything. Sometimes you are trying to shape something, and sometimes, somebody is shaping you.

Epoch Times: What was the last concert you’ve played?

Mr. Mustakimov: It happened last Sunday weekend in Philadelphia [Rock Hall Auditorium]. I played [in] all three violin Brahms Sonatas which are accompanied by a piano.

Mr. Mustakimov: Somebody said “when words are done, then music starts.” [“Music is the literature of the heart; it commences where speech ends.” —Alphonse de Lamartine]

The 4th NTD International Piano Competition will be taking place Sept. 30 to Oct. 2, 2016. The Competition will consist of one qualification round and three separate live competition rounds: Preliminary, Semifinal, and Final. Contestants from all around the world are welcome to apply. Applications will be accepted this fall.