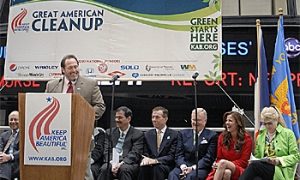 Zhongnanhai: The Day so Many Lost Their Innocence
0 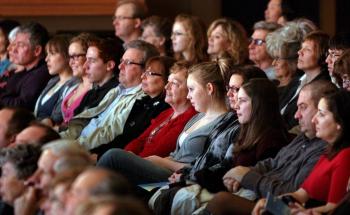 Geraldine Kroeker, who travelled thousands of kilometres from Manitoba to Kitchener to visit her son, found herself at Centre In the Square Theatre for the show.

“I really enjoy it. I don’t know how much I can elaborate, I just enjoy it all,” said Mrs. Kroeker. “The singing is remarkable, and of course I was listening to the piano accompaniment too and she’s great. All of the music, the orchestral music too, it was great, really great.”

Shen Yun’s orchestra is unique in that it combines classical western and traditional Chinese instruments.

“It moves me, it does something inside. It isn’t just going in one ear and out the other. It’s making me happy or sad . . . bringing different emotions in me, and that’s what makes music good to me,” Mrs. Kroeker said.

She was also impressed by the costumes of the dancers.

“The costumes are spectacular, the colours, and just all those flowing sleeves . . . very spectacular.”

Shen Yun is also known for its animated digital backdrops that interact with the dancers on stage to bring fantastical myths and legends of ancient China to life before audiences.

“It’s amazing how they have the backdrop and photography in the backdrop coming forward and they actually become real people. That’s impressive.”

With reporting by Quincy Yu and Matthew Little

Shen Yun will take to the stage once more in Kitchener-Waterloo before going on to Montreal for four shows from Jan. 7 to 9 and then Toronto for five shows from Jan. 13 to 16. For more information, visit ShenYunPerformingArts.org .