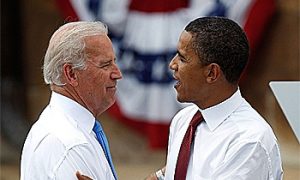 Ms. Tarasula noted “how in sync” the dancers were. “That's pretty cool,” she said. For many dances, between 10 and 20 dancers are on stage dancing at the same time. They coordinate perfectly with the movements of the dance and the musical cues from the orchestra to indicate humor, action, mood, a new character, or a change in scene.

The couple were seated in the first few rows, and Mr. Tarasula remarked, “The music's pretty good … you can pick up little things that you probably wouldn't get back there [in the back row].” He was impressed with the orchestra's live performance. The Shen Yun Orchestra is unique in that it combines classical Western instruments, such as the violin, cello, and trumpet, with Chinese instruments such as the pipa, suona, and erhu.

Both described the show as unusual. “We did not know what to expect,” said Ms. Tarasula. In this case, unusual also seems to indicate a wonderfully positive, up-close encounter with Shen Yun's talented performing artists.