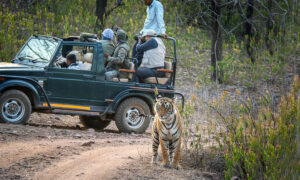 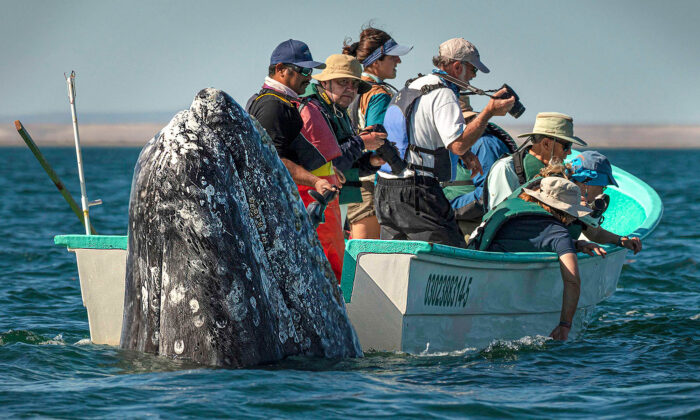 Whale watchers off the coast of Baja California Sur, Mexico, nearly missed the moment of a lifetime when a sneaky whale popped up right beside their boat—as they looked the wrong way.

Photos taken from another boat caught the embarrassing episode on camera.

The group were pictured waiting patiently with their cameras poised, and very nearly missed the spectacular sight because they were all facing the wrong way, while the whale had surfaced less than a foot from their boat.

Luckily, the sightseers turned around just in time to spot the colossal marine mammal before she disappeared back into the ocean.

The funny scene was captured by photographer Eric J. Smith during a trip to San Ignacio Lagoon.

“She slowly and silently stuck her head high above the water to look around,” the 49-year-old from Los Angeles said.

“I was in another panga a few dozen feet away and caught the moment right before everyone realized she was so close.

“When everyone turned around, she quickly sank below the surface.”

Upon spotting the whale, cheering and hysterical laughter ensued.

“Whale photography involves a lot of luck, but the key is to always be on alert and ready,” Smith said.

“On a whale watching voyage, it is easy to get complacent because there is a lot of waiting.

“It seems like the moment you let your guard down a spectacular breach occurs.”