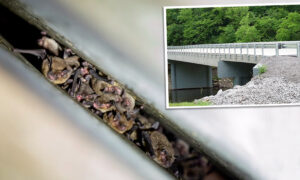 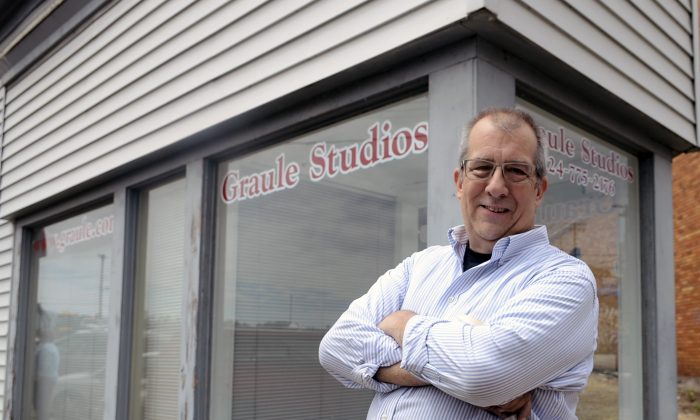 In a May 11, 2016 photo, Kevin Cooke stands outside of Graule Studios in Rochester, Pa. (Lucy Schaly/Beaver County Times via AP)
Life & Tradition

Photography Studio to Close After 125 Years

ROCHESTER, Pa. — The Civil War had ended only 27 years earlier, Benjamin Harrison was president of the United States, telephones and automobiles and the electric light bulb hadn’t yet become mainstream, and the very first immigrants were arriving on Ellis Island outside New York City.

It was in 1892, only 70 years after the invention of photography, that Graule Studios opened its doors as a commercial photo business on Hinds Street in Rochester. Since then, the business and its owners have documented nearly 125 years of Beaver County’s history and the lives of its residents.

The studio, which is the seventh-longest continually operated in the country, will shutter its doors this summer, and with it goes tens of thousands of pictures captured since the studio opened.

Owner Kevin Cooke made it clear he isn’t completely going away, as he still plans on operating his photo business out of his home. But a building that dates back to 1892 and all the history that goes with it will be soon be empty.

Cooke gave a tour of the building last week and proudly displayed a studio that still has glass from the ceiling to the floor on the north side of the facility.

Known as a “north light studio,” the building was specifically built this way to allow for an abundance of natural light. Before modern electricity, it was the only way to provide sufficient lighting for indoor pictures.

That aspect is just one of many that show just how old and historical the business is. Tucked away in cabinets and boxes inside are tens of thousands of pictures.

There is a picture showing President William McKinley’s wife in the late 1800s, portraits of infants from the 1920s, pictures of Rochester virtually under water during the historic flood of 1936 and a picture of President John Kennedy speaking to a local crowd in the early 1960s.

“You wouldn’t believe the things we’ve unearthed,” said Barbara Cooke, Kevin’s wife, as the couple cleaned out the studio.

Cooke started adding to the historical collection in 1986 when he bought the business. Alongside a photo showing Joe Namath playing high school baseball, Cooke has his own pictures of the Pittsburgh Steelers in their glory days of the 1970s.

However, most of the photograph collections were created and built by the men who owned the business before him.

Of most historical interest is something known as the Graule-McMahon files, a collection of tens of thousands of pictures that date from 1890-1970.

Cooke plans on hanging on to that collection in hopes of digitizing the entire set.

However, all of the portraits taken in Graule Studios from 1932 to the present will be donated to the Vicory Mansion in Freedom for historical preservation.

Some of Cooke’s favorite portraits that will be donated are a huge collection of pictures from the early 1940s that show local military members in their uniforms before and after the war. He’s hoping these portraits will be kept together and eventually turned into a public display.

“I didn’t want to see anything broken up” into different locations, Cooke said.

For Cooke, the decision to close the studio and leave the historic building was not an easy one to make.

“The history of the studio means a lot to me as a photographer,” he said. “I’m sad to give the building up, seeing that many years of history go by the wayside. I never imagined the studio ending this way.”

But the closure was inevitable, he said, after the rise of smartphones and digital cameras. Everyone has a phone in his pocket now, which is a game changer for the industry, he said.

Cooke mostly photographs college admissions pictures, weddings and business portraits now, which means he often travels to where his subjects are instead of them coming to him.

That means his use for a brick-and-mortar studio has gone by the wayside as the business has become more mobile.

“Our walk-in business is gone, and we’re paying a lot of money to keep this place going. It’s sad, but it’s unnecessary to keep it open,” Barbara Cooke said.

For now, Kevin Cooke and his wife are working on clearing out a studio that has a long and rich history in the county.

Cooke said he’s still enormously proud that the business is one of the longest-running photography studios in the country. The history of the Graule Studios certainly isn’t lost on him.

“The range and history of things happening in the county, it was all covered by this studio. I’m extremely proud of that history and to be able to be associated with that history, and hopefully I helped add to that history,” he said.

Cooke said the studio will be closed by the end of July, at which point he’ll market the property for sale.