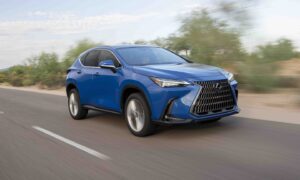 Photographer Tracks Down Mystery Couple Whose Proposal She Captured

A Nashville photographer came across a marriage proposal by chance and snapped a few pictures of the couple to document the moment.

Rachel Henderson was in a photo session for a client when she saw a woman ducking behind the bushes nearby, who was there to help her brother propose to his girlfriend.

“I said [to her,] ‘I see that you don’t have a camera.’ She had a backpack, her phone and this tiny camcorder thing. So I gave her my card and said, ‘Well I’ll go ahead and take some pics for them,” Henderson told ABC News.

Henderson gave the woman her card, but didn’t hear back from her even after five days, so she took to Facebook to find the couple.

Her post eventually made it to the local station WKRN’s Facebook page, and after it was shared by over 2,000 people, Henderson found the couple.

The couple, Rachael Hagan and Justin Lillard, were so caught up in the rush of the engagement that they forgot about Henderson’s card.

“It was just kind of a crazy moment really,” Hagan said.

Hagan said she got calls from three different friends about the photograph. She later added Henderson on Facebook.

“Justin…calls it fate because that spot was not the place where he planned to propose,” Hagan said. “The fact that it worked out that way and she just happened to be there, it was just the right place at the right time.”

The couple plans to get married in June next year.