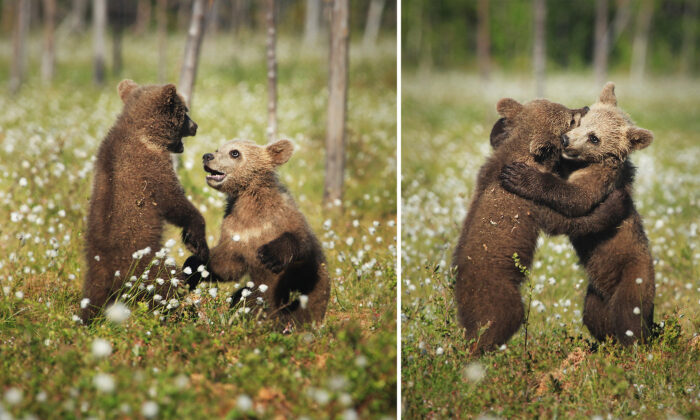 Adorable pictures show bears play fighting before seeming to make up by hugging in a scene like something out of a fairytale.

The pictures show two cubs play fighting before adorably embracing in a hug, appearing to make up with one another.

“I often go to photograph bears, and this time I saw two little cubs who were fighting and one bit the other on the ear,” said Valtteri, a teacher by trade.

“But after that, he hugged his friend, and it seemed that he was asking for forgiveness, so they made up.

“I spent the whole evening filming the cubs playing and when night came, the bears took the cubs away into the forest.

“Many people say that cubs are like little children—they love playing!

“At first, I couldn’t believe my eyes that such a thing could happen, and it made me laugh.”