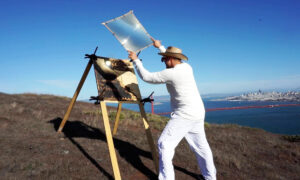 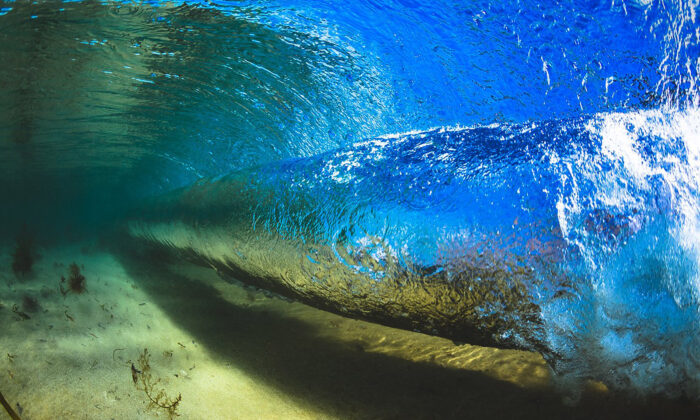 Like many artists, photographer Matt Burgess stumbled on his niche by accident.

His love for photography took him to the ocean, where he first started snapping surfers off Australia’s beaches. What he soon found while training his lenses on humans riding the waves was that the waves themselves, finishing their journey ashore, were more interesting than their riders.

“The thing that fascinates me most about the ocean is that it’s never the same … no wave or moment will ever be repeated,” Burgess told The Epoch Times. “You are getting front row tickets to a once in a lifetime show—and what’s even better, it costs nothing!”

As the photographer—from the Mornington Peninsula, Victoria, on the southern tip of Australia—started spending more time shooting waves, the formless, flowing H2O began to take on a life of its own—expressing its beauty through its ever-changing shape.

Besides the classic “tunnel wave,” Burgess started capturing ever more exotic and unimaginable forms in the sea, calling to his mind images of the “Silver Surfer,” “shark fins,” and a even “aliens.”

Although the artist says his best wave portrait is “still in the ocean,” if he had to choose his favorite today, it would be an image called “Angelic,” which he captured on the back beaches of Mornington Peninsula in the summer of 2017.

“The image is of two waves meeting, creating backwash,” he said. “Which throws water meters into the air. This particular backwash created the form of an angel. I knew it was a keeper the moment I captured it.”

During his days at sea, what Burgess soon realized was the magical effect that light had on the water.

“I am usually trying to capture those special moments on dawn and dusk when the sun rises and falls and the light plays on the water,” he said. “That’s when the magic happens.”

But his real passion for taking photos of waves doesn’t come from the results—the photos themselves; for Burgess, photography is “therapy,” a “time to connect with the ocean, relax, and refocus,” he says, adding: “Anything that comes out of a session is a bonus!”